Planning for Climate Change Will Not Be Easy, But It Is Necessary.

Knowledge might be power, but it’s much more powerful when it’s shared! I share this article and lesson learned for  the purpose of promoting our wildlife conservation journey. This lesson should aim to maximise the synergies between adaptation to climate change and mitigation of climate change and sustainable development that may be achieved through avoiding harm to, and where possible, enhancing biodiversity and ecosystem services. Human progress for health and prosperity has facilitated unprecedented developments in agriculture and industry, and improved the lives of many people. But our activities have been unsustainable and have caused widespread environmental damage in the atmosphere, on land, and in the oceans. Without recovery ecosystems, we cannot achieve the Sustainable Development Goals or the Paris Climate Agreement. 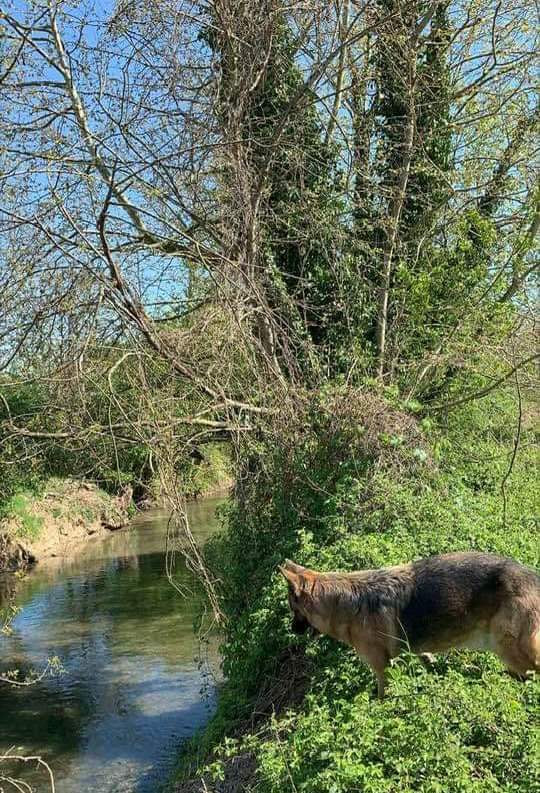 1. Lessons learned for you (broad-based education)

Successful people don't do great things, they only do small things in a great way. If you study history, you will find that all stories of success are also stories of great failures. Let me share short story with you  about specialization.

Some animals in a forest decided to start a school. The students included a bird, a squirrel, a fish, a dog , a rabbit & a mentally retarded eel. A board was formed and it was decided that flying, tree climbing, swimming, and burrowing would be part of the curriculum in order to give a broad-based education. All animals were required to take all subjects. The bird was excellent at flying and was getting A's but when it came to burrowing, it kept breaking its beak and wings and started failing. Pretty soon, it started making C's in flying and of course in tree climbing and swimming it was getting F's. The squirrel was great at tree climbing and was getting A's, but was failing in swimming. The fish was the best swimmer but couldn't get out of the water and got F's in everything else.
The dog didn't join the school, stopped paying taxes and kept fighting with the administration to include barking as part of the curriculum. The rabbit got A's in burrowing but tree climbing was a real problem. It kept falling and landing on its head, suffered brain damage, and soon couldn't even burrow properly and got C's in that too. The mentally retarded eel, who did everything half as well became the valedictorian of the class. The board was happy because everybody was getting a broad-based education.

Moral of the Story
What a broad-based education really means is that the student is prepared for life, without losing their areas of specialization or competence.

Climate is the long-term pattern of weather experienced in a place.

Weather, on the other hand, describes day-to-day changes in our atmosphere.

Along with other insects, butterflies are particularly audible climate change because of their cool nature.

Marine species are considered to be vulnerable to changes in sea ice distribution.

Climate change can influence humans directly, through impacts on health and the risk of extreme events on lives, livelihoods, human settlements, Demographic distribution and community behavior and indirectly, through impacts on water, Agriculture, food security and the viability of natural resource-based economic activity. That why Cities  that are not striving towards increasing resilience are more vulnerable to risks and threats, not only affecting areas that  mentioned previously but also affecting city land uses and urbanism as well.

2.2) Why is it Important to Plan for Climate Change?

The science of climate change is clear. The climate is already changing, and additional changes are unavoidable.

Find out more about why COP26 is so important here

The global climate model (GCM) is a complex mathematical representation of the major climate system components (atmosphere, land surface, ocean, and sea ice), and their interactions. 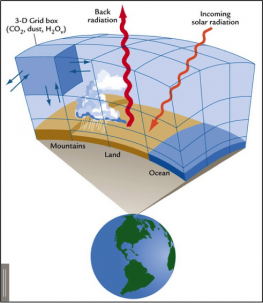 Illustration of the three-dimensional grid of a climate model.

This video explaining climate modeling was created by the Commonwealth Scientific and Industrial Research Organisation (CSIRO) in collaboration with Australian Bureau of Meteorology.

2.4) What Can Climate Models Tell Us About the Future and Past?

For many decades, scientists have been collecting data on climate using cores from ice, trees, and coral, as well as carbon dating. From this research they have discovered details about past human activity, temperature changes in our oceans, periods of extreme drought, and much more.

Climate models work like a laboratory in a computer. They allow scientists to study how different factors interact to influence a region’s climate.

2.5) Why Are Climate Models Important?

Understanding the past, present and future climate helps us to understand how Earth's systems work normally. This information, along with climate models, enables us to determine how natural and human influences affect and influence climate change. These predictions and results may also suggest how to mitigate the worst effects of climate change, and it helps decision makers prioritize environmental issues based on scientific evidences.

Wildlife depends on healthy habitats. They need the right temperatures, fresh water, food sources, and places to raise their young. Climate change is altering key habitat elements that are critical to wildlife's survival and putting natural resources in jeopardy.

Planning for Climate Change Will Not Be Easy, But It Is Necessary.

Species may not be able to adapt to rapid climate change or to move fast enough to more suitable areas as their current habitats become less suitable for them.

Climate change is confusing those signals and forcing wildlife to alter their life cycle and seasonal events.

Changes in climate and extreme weather events have already begun to affect people and nature across the globe.

Oceans and seas are the largest storage of greenhouse gases and are an exceptional support system for life on this planet. Limiting overfishing, unsustainable development activities in coastal areas and the consumption of environmentally friendly products is now essential. Ryan Kinaid
about 2 months ago

That was a really interesting article. Thank you for posting.

Thank you, Ryan  for reading my blog, real I am excited for your support. Together and only together we will go far.