Introduction: The Sustainable Development Goals (SDGs) are a set of global goals for fair and sustainable health at every level: from planetary biosphere to local community. The aim is to end poverty, protect the planet and ensure that all people enjoy peace and prosperity, now and in the future. Sources of data: The UN has established web-sites to inform the implementation of the SDGs and an Inter-Agency and Expert Group on an Indicator Framework. We have searched for independent commentaries and analysis. Areas of agreement: The goals represent a framework that is scientifically robust, and widely intuitive intended to build upon the progress established by the Millennium Development Goals (MDGs). There is a need for system wide strategic planning to integrate the economic, social and environmental dimensions into policy and actions. Areas of controversy: Many countries have yet to understand the difference between the MDGs and the SDGs, particularly their universality, the huge potential of new data methods to help with their implementation, and the systems thinking that is needed to deliver the vision. The danger is that individual goals may be prioritized without an understanding of the potential positive interactions between goals. Growing points: There is an increasing understanding that sustainable development needs a paradigm shift in our understanding of the interaction between the real economy and quality of life. There would be many social, environmental and economic benefits in changing our current model. Areas timely for developing research: We need to develop systems wide understanding of what supports a healthy environment and the art and science of making change.

Every success story is also a story of great failure
Failure is the highway to success.

Trials in life can be tragedies or triumphs, depending on how we handle them. Triumphs don't come without effort.

Why the Sustainable Development Goals Matter

Sustainable Development Goals will continue the fight begun by the Millennium Development Goals against extreme poverty, and add targets relating to inclusiveness and environmental sustainability. But will a new set of goals actually be able to catalyze a shift from business as usual to true sustainable development?

Following progress made under the Millennium Development Goals, which guided global development efforts in the years 2000-2015, the world’s governments are currently negotiating a set of Sustainable Development Goals (SDGs) for the period 2016-2030. The MDGs focused on ending extreme poverty, hunger, and preventable disease, and were the most important global development goals in the United Nations’ history. The SDGs will continue the fight against extreme poverty, but will add the challenges of ensuring more equitable development and environmental sustainability, especially the key goal of curbing the dangers of human-induced climate change.

But will a new set of goals help the world shift from a dangerous business-as-usual path to one of true sustainable development? Can UN goals actually make a difference?

The evidence from the MDGs is powerful and encouraging. In September 2000, the UN General Assembly adopted the “Millennium Declaration,” which included the MDGs. Those eight goals became the centerpiece of the development effort for poor countries around the world. Did they really make a difference?

The answer seems to be yes.

As evidence of a largely human-driven crisis of biodiversity loss grows, it may seem as though sustainable development cannot include wildlife conservation. But the work of the Convention on International Trade in Endangered Species of Wild Fauna and Flora (CITES) and other major wildlife and biodiversity conventions shows that implementing a global framework for conservation can yield results for human development.

You could be forgiven for thinking that the conservation of wildlife, habitats and ecosystems, and the achievement of the United Nations Sustainable Development Goals (SDGs) are difficult to reconcile.

After all, some SDGs, such as Goals 14 (Life Below Water) or 15 (Life on Land) do call for the conservation of these ecosystems and their components. Others, such as Goal 1 (No Poverty), call for the economic advancement of all humankind, which will inevitably require the use of wildlife, including wild animals, such as fish and reptiles, as well as plant-based products, such as timber and medicinal plants.

Recent research has painted a dire picture of the state of the world’s wildlife and biodiversity resulting from human activities. The 2019 Global Assessment Report on Biodiversity and Ecosystem Services, published by the Intergovernmental Science-Policy Platform on Biodiversity and Ecosystem Services (IPBES), is clear: close to a million species—a quarter of all known lifeforms—could face extinction in a matter of decades as a direct result of human overexploitation, climate change and habitat degradation. The World Economic Forum’s 2020 Global Risks Report also ranks biodiversity loss and ecosystem collapse as one of the top five threats humanity will face in the next ten years.

Since ancient times, human societies and economies have relied on biodiversity in fundamental ways. By way of example, countless species of wild fauna and flora are used by people around the world in their daily lives for food and in the manufacture of health care products, furniture, housing, tourist souvenirs, cosmetics and clothing.

The Parties to the Convention on the International Trade in Endangered Species of Wild Fauna and Flora (CITES) are aware of the importance of ensuring that the use of wildlife for international commercial trade is sustainable, legal and traceable for people, prosperity and planet.

What is "Conservation Leadership"? 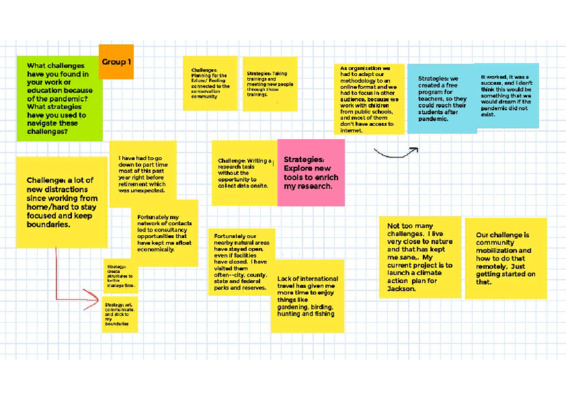 +2
Flavia Martinelli and 2 others
WildHub
We use cookies to help improve your experience. By continuing to browse our website you are consenting to our use of cookies.
Learn more