This blog was written by one of the participants of the workshop. I just reposted it here. Original post can be seen here: http://www.wildact-vn.org/news/2021/5/6/gender-based-violence-in-the-wildlife-conservation-sector-workshop-a-call-for-an-equitable-world-of-work 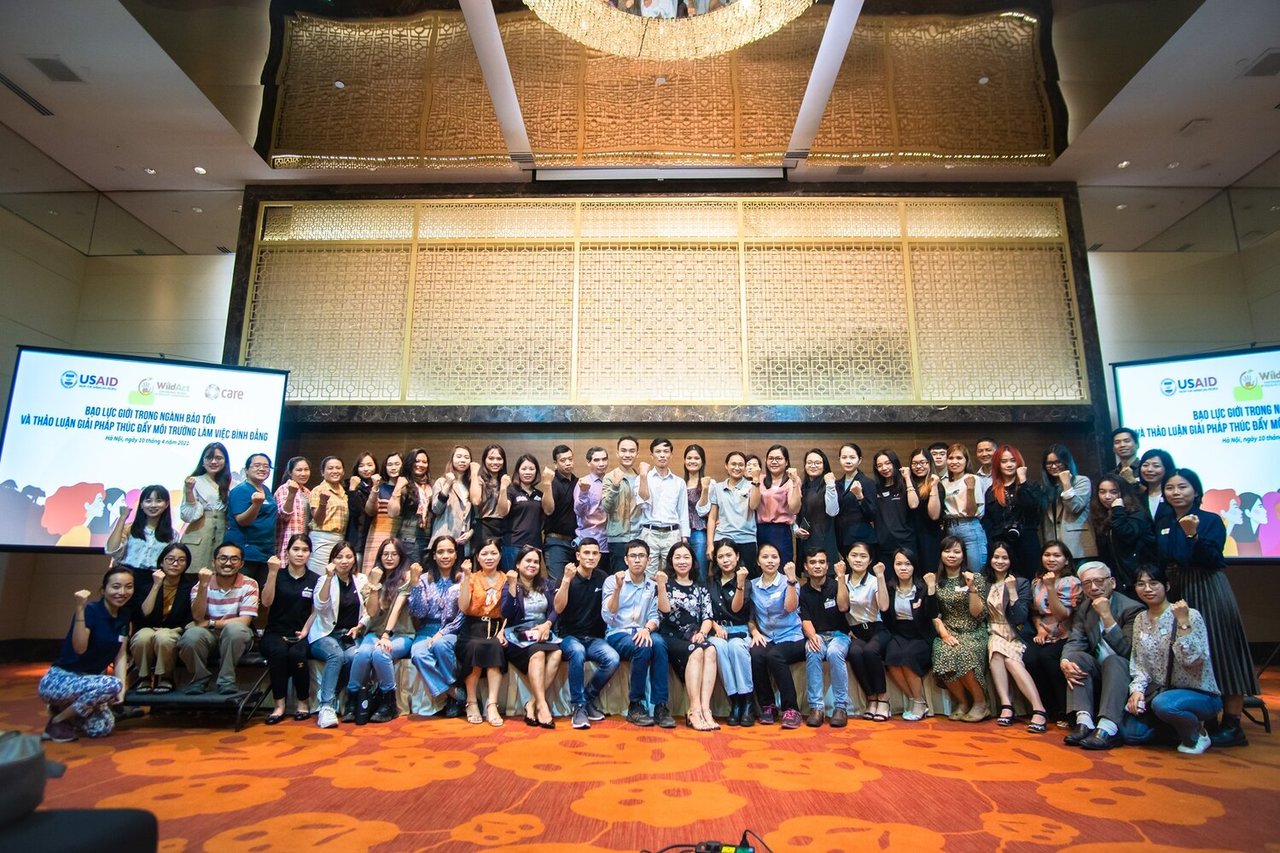 Liked by Thirza Loffeld and 1 other
0

According to WildAct’s report on the sexual harassment situation in the wildlife conservation sector in Vietnam, 82.5% of respondents (out of a total of 114 people that participated in the survey) admitted to have been sexually harassed in their working environment. This means that 6 in every 7 respondents were sexually harassed at work. Sexual harassment is illegal in Vietnam, according to Clause 3, Article 8 of the Labour Law 2019. This must be taken seriously in order to build a safer, better and more equitable world of work.

Last weekend I was very lucky to become one of the participants at the workshop “Gender-based violence in the wildlife conservation sector” hosted by WildAct in collaboration with CARE International in Vietnam and funded by USAID. The workshop not only improved my knowledge and understanding on sexual harassment, but also help me to identify and classify different types of sexual harassment. The organisers successfully facilitated a friendly and open discussion, where participants could provide inputs to the “Gender-based violence in the wildlife conservation sector” – an important factor within the Empowering Women in Conservation Program. I can see that the workshop was carefully designed, with contents based on real-life situations. This is an opportunity for me, a male participant, to see through the eyes of my colleagues, especially female colleagues, and understand the challenges and difficulties that they are facing in wildlife conservation sector. 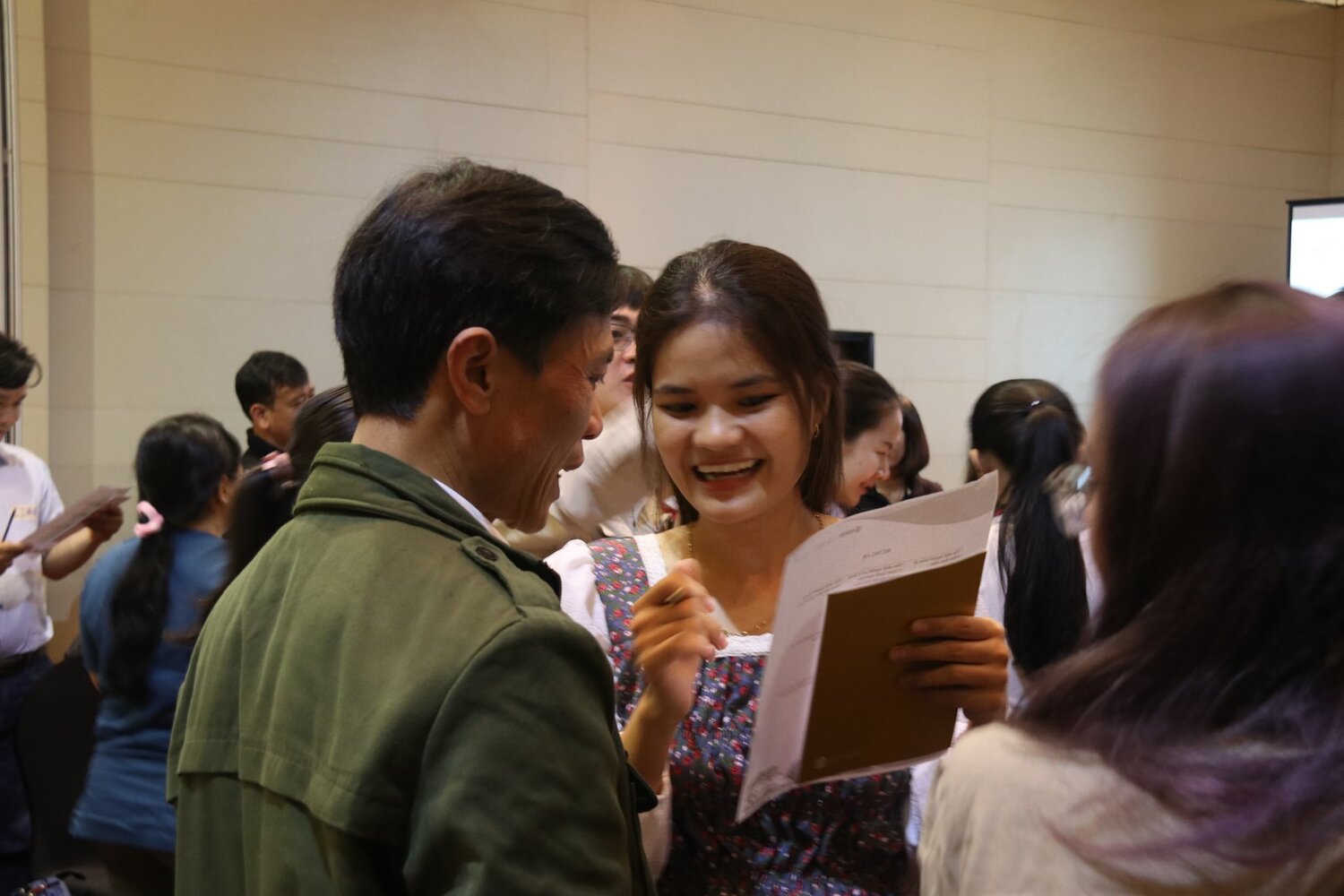 People must have heard of the term “sexual harassment” before, but not everyone understands what sexual harassment is, or be able to identify and classify the behaviours. I was surprised to learn about verbal sexual harassment – that one can sexually harass someone verbally. Saying things like “You look yummy” can be considered as sexual harassment. I personally have witnessed many office “jokes” like that, but due to lack of understanding, I thought it was completely normal. From the workshop, I’ve learned that verbal sexual harassment can have severe impact to people’s mental health, such as stress and depression. I’ve told myself that from now on, I need to lend my voice to people, especially if they are showing signs of upsetting people with their jokes.

Other sessions of the workshop were really interesting. We were able to share our own opinions due to the friendliness and openness of the workshop. I’ve learned so much from others. Stories such as those from a female who had to work in the forest alone with a big group of men, living and working in an isolated environment and lacking basic conveniences can cause immense stress on female colleagues. On top of that, they also have to face insensitive “jokes” (or verbal sexual harassment), forced to drink and in some cases, serve alcohol… they were pushed into a very vulnerable situation where bad people can take advantage of the opportunity and sexually harass them. Some survivors had to move to another organisation, some had to deal with it for so long that they think “it’s normal”. 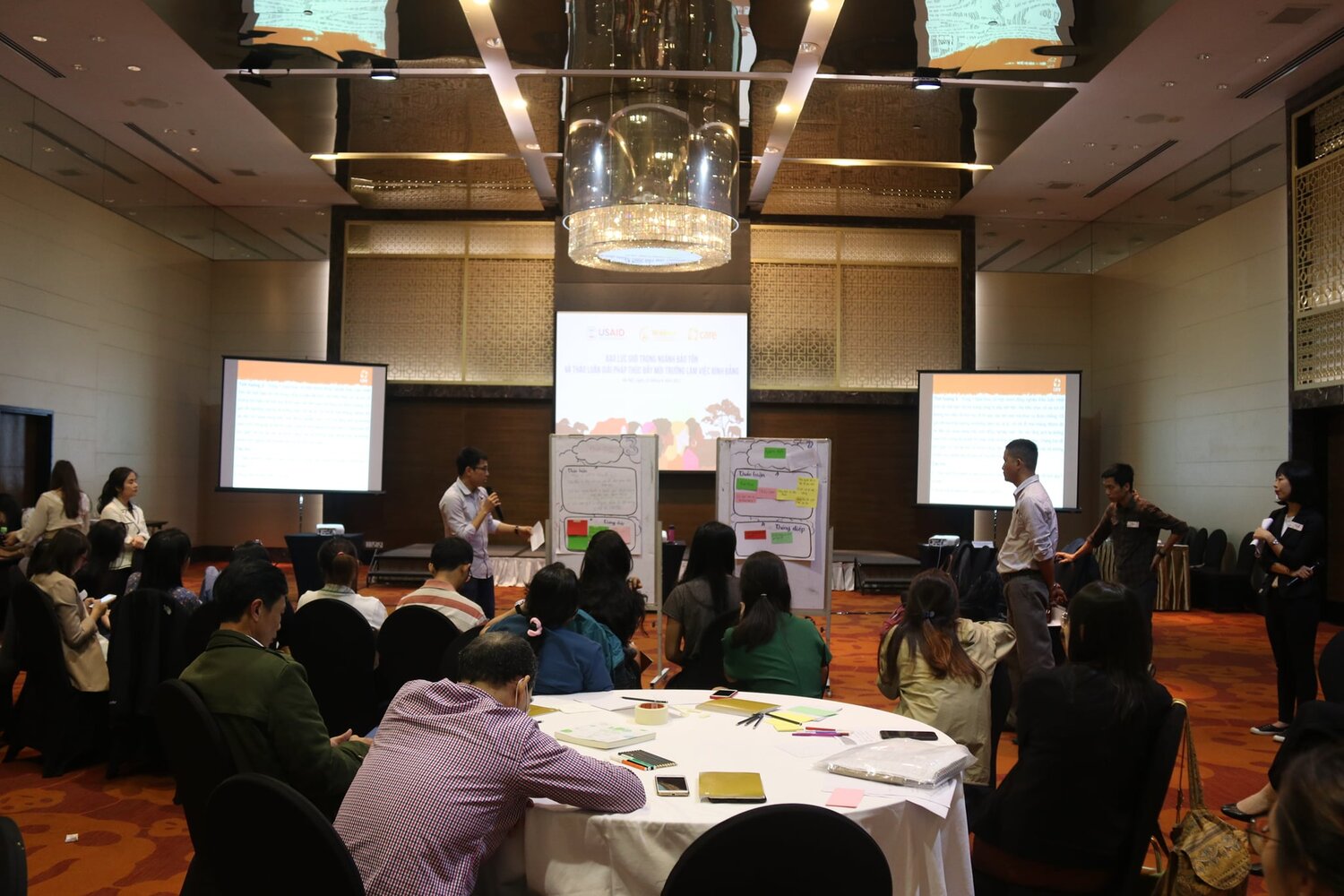 The morning sessions helped us to understand the negative impacts that sexual harassment caused to conservation sector, whereas the afternoon session was an opportunity for us to provide input to build a Code of Conduct – which will be implemented at our own workspace. The Safety Guidelines and Code of Conduct proposed at the workshop will guide the practical implementation of the Labour Law on the prevention of sexual harassment in the workplace, while supporting organisations and agencies in the conservation sectors to build, implement and monitor their employees’ behaviours. All of us participants at the workshop are looking forward to the new, efficient and effective Code of Conduct to be implemented at our own organisation. WildAct also introduced us to the Wildlife Conservationists for a better world of work network. The aims of this network are to: i) Create a platform where conservationists in Vietnam can connect, share information and get technical supported from their peers; and ii) Create a safe environment where conservationists can seek help, advice and immediate support from each other.

I was impressed by the professionalism that shone through this event, from logistical preparation to the workshop content. Instead of having to sit through and listening to the organisers (like most of the workshops I’ve been to), we got to work as small and big groups, sharing stories, opinions and debating at this workshop. This not only makes the workshop much more interesting, but it also creates relationship and network amongst the participants. “Sustainability” was also a consistent message from the organisers, no single-use plastic was used, and we had vegetarian lunch and tea-break (but super yummy). 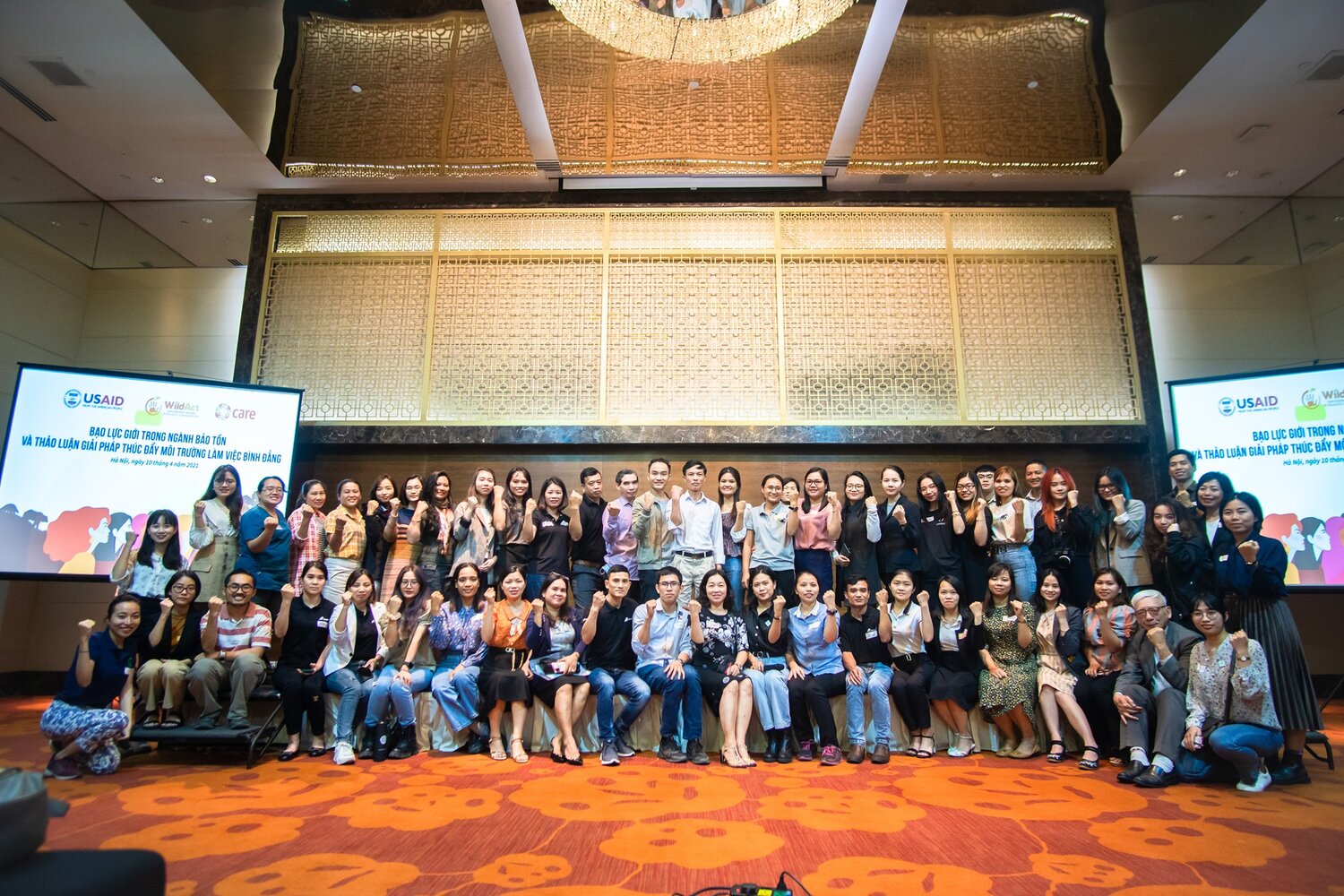 At the end of the workshop, we all shouted “For a better world of work!”. I can see that people around me were all inspired, full of energy and ready to act. I understand that this will be long battle, to bring in a change in people’s mind, attitudes and behaviours. However, I believe that with meaningful activity such as this workshop, it will inspire others to act together and a safer world of work for wildlife conservationists is getting closer, step by step.

To find out more information of this project, please contact:

This blog was written by one of the participants of the workshop. I just reposted it here. Original post can be seen here: http://www.wildact-vn.org/news/2021/5/6/gender-based-violence-in-the-wildlife-conservation-sector-workshop-a-call-for-an-equitable-world-of-work