Hello Community! I am looking to see if anyone could share a version of a conceptual model that includes climate change as a threat and how they have approach behavior results and work packages relating. Thank you from Denver, Colorado!

In answer to this: Many years ago we made a very large, complicated strategy for the Sundarbans that included climate change threats. I cannot open that original strategy because of the software it was made in not working properly - so instead I have tried to recreate the essense of the situation analysis diagram that included climate change threats. 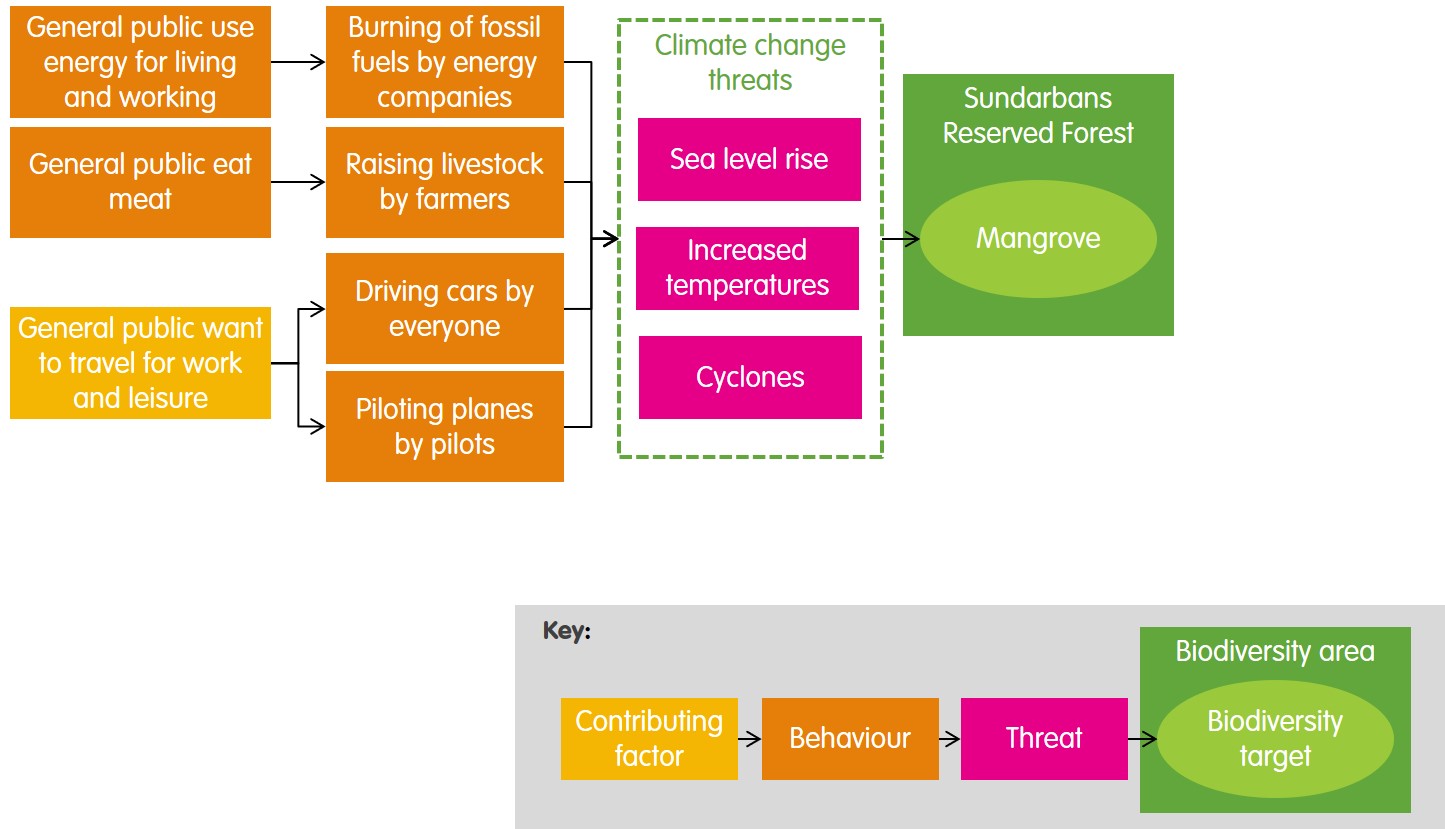 As you can see, as with most of these climate change examples, you will have a direct/real linkage between the threat and the biodiversity target, but then the behaviours driving that threat rapidly get very grand in scale and general in description. We chose not to address the climate change threats through our work (or document them in our theory of change), even though they were high ranking threats because:

b) while the predictions for climate change were dire - particulalry with resect to sea level rise, we felt that it was worth tackling other threats that would help sustain the mangroves (and its tigers) for as long as possible.

Hope that was helpful. 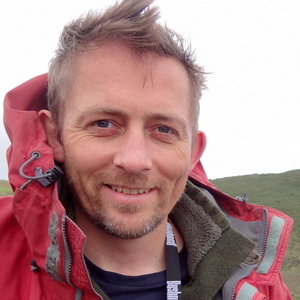 I help run a UK charity that builds the capacity of conservationists to plan, implement, monitor, and report on their work. I also have a fair bit of experience in tiger and sea turtle conservation.
Follow
34 Contributions
94 Followers
101 Following

Hi Adam, thanks for sharing this clear example! Which room or channel would your lessons learned suit best? Feel free to add it there so members will be able to find it at any point in the future. Many thanks!

Wow, this is very helpful Adam, thank you.  We are starting to do a strategy for our pika project in Colorado and we have not ever had to really include climate change before, so will help us better understand what that should look like.  Thanks again! Merry Christmas and Happy New Year (thank god!) :)