Join us for this virtual presentation and Q and A with renowned blue whale scientist, Dr. Asha de Vos, New England Aquarium MCAF Fellow and Founder of Oceanswell.

Join this New England Aquarium Lecture Series event featuring internationally acclaimed Sri Lankan marine biologist Dr. Asha de Vos, who aims to change how we think about and carry out marine conservation. Fresh out of the University of St. Andrews, and while working on a whale research vessel as a deckhand, she discovered a unique population of blue whales that inhabit the waters around Sri Lanka year round. This groundbreaking discovery—previously, all blue whales were thought to be migratory—and her research journey have challenged the existing marine conservation model and her view of it. Now, she strongly believes every coastline needs an army of local ocean heroes. Register to learn how being local has paved the way for her to do meaningful and impactful conservation research in Sri Lanka while inspiring a generation of marine conservationists.

Tuesday June 1st at 10AM EDT

Asha de Vos is a marine biologist, conservationist, and pioneer of long-term blue whale research within the Northern Indian Ocean. She is also an Adjunct Research Fellow at the Oceans Institute of The University of Western Australia and a Marine Conservation Action Fund Fellow at the New England Aquarium.

In 2017, she established Oceanswell, Sri Lanka’s first marine conservation research and education organization. Its flagship project—the Sri Lankan Blue Whale Project—is the first long-term study on blue whales in this region. Findings from this ongoing study have appeared in numerous research publications and are used to inform policy at the local and global level.

She is the first and only Sri Lankan to have a doctoral degree in marine mammal research, the first Pew Fellow in Marine Conservation, and the first National Geographic Explorer from Sri Lanka. Asha is also a TED Senior Fellow, a Duke Global Fellow in Marine Conservation, and a World Economic Forum Young Global Leader. In 2018, she was named one of the world’s 100 most influential and inspirational women by the BBC and in 2020 was named Scuba Diving magazine’s Sea Hero of the Year.

The Aquarium Lecture Series is presented free to the public through the generosity of the Lowell Institute. 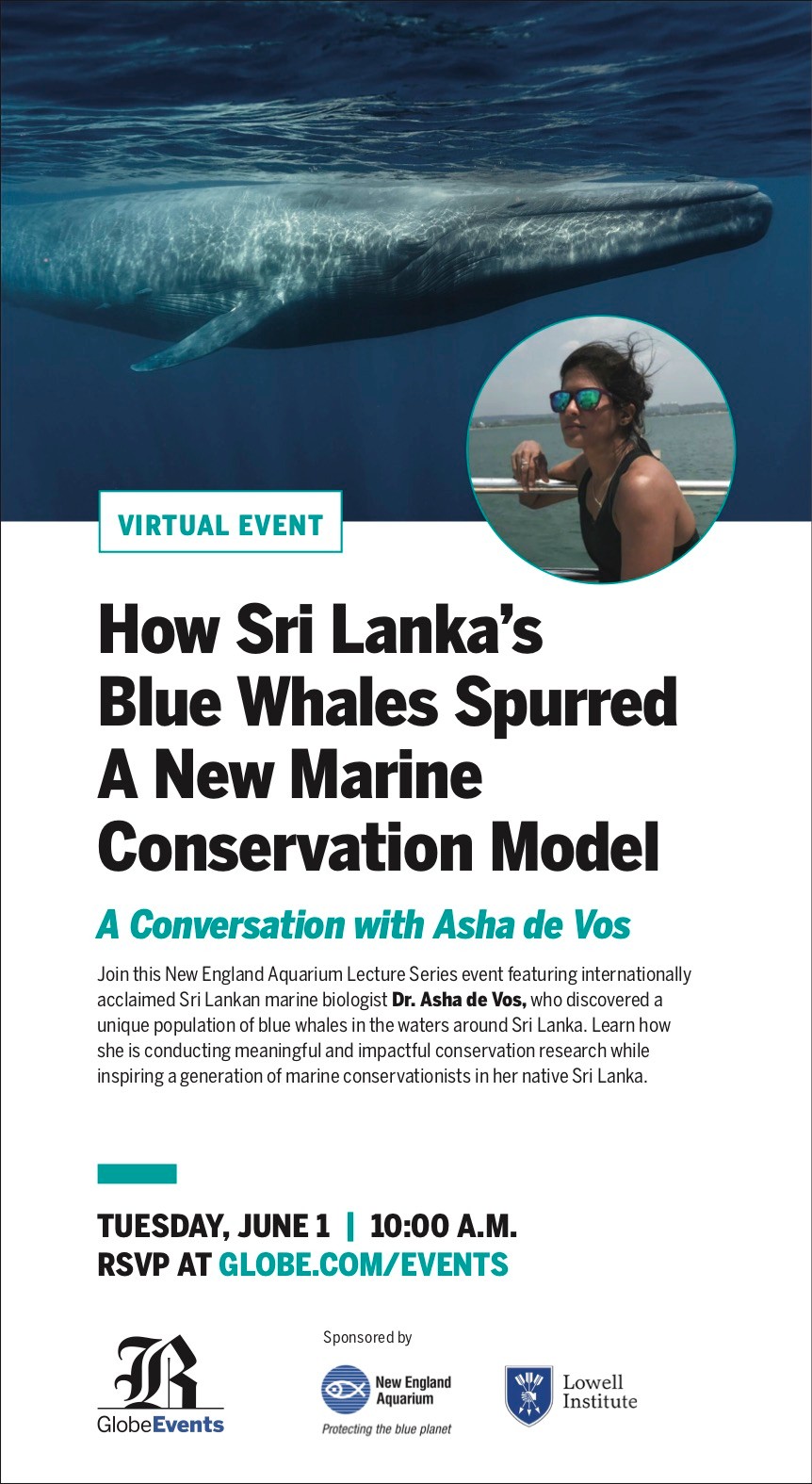 Back to Network opportunities
Next 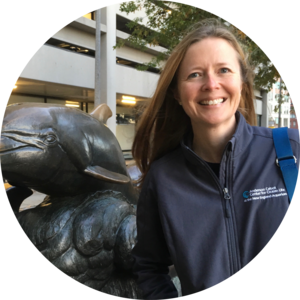 Marine Conservation Network: How one woman is supporting a web of conservation groups by building relationships and deepening connections

+1
Carolyn Rosevelt (she/hers), M.S. in Coastal and Marine Science and Policy and 1 other
Webinar | How to get things done like a CEO
Event
Network opportunities, Training opportunities

Webinar | How to get things done like a CEO

Jim Barborak
WildHub
We use cookies to help improve your experience. By continuing to browse our website you are consenting to our use of cookies.
Learn more