Hazel Dormice are a species of national importance and have dramatically declined over the last 150 years.  A lost species in 17 counties with strong holds in Wales and Southern England.

The ideal habitat for the species is large structural trees and species diversity.  Managed coppice woodland by coppice rotation. However in recent studies it has shown that dormice are more adaptable to a unkept forests. They can live in a variety of habitats and  they are omnivores and eat a variety of foods.

Caroline Kepler
over 1 year ago

Is it possible to access the pdf file? I would be very interested to see the Action Plan, but the link doesn't work. Thanks! :) 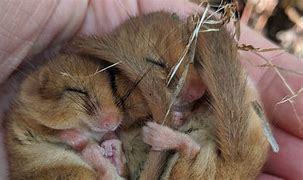