Living with snakes: strengthening co-existence amid life and death

Officially known as a Neglected Tropical Disease, snakebite is considered the biggest "human-wildlife conflict" in the world. We believe that it doesn't need to be. 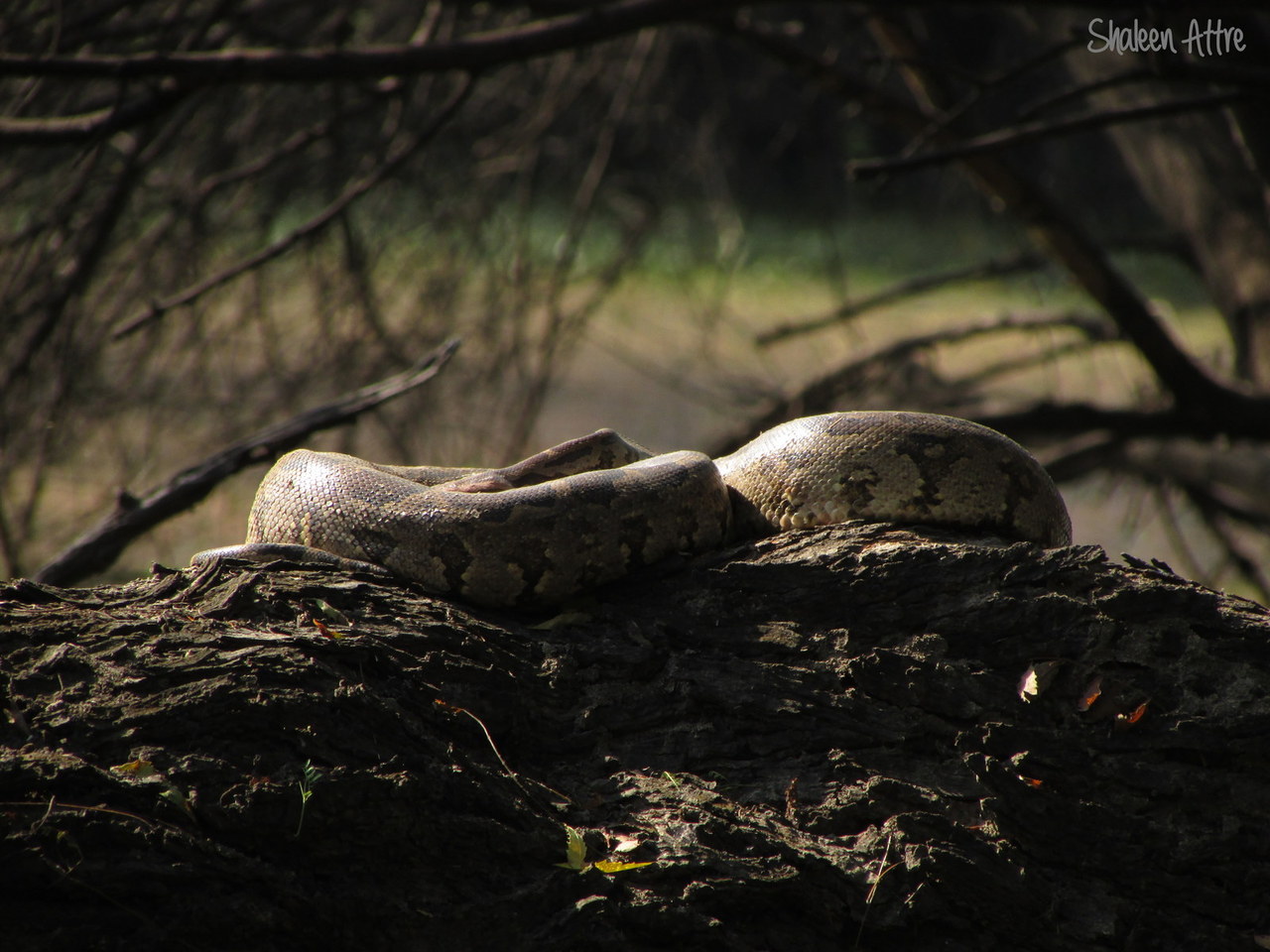 Liked by Thirza Loffeld and 3 others
1

I was 8 when we moved into a house from the 1800s in the Red Fort, after my father was posted in Delhi. There were only a few homes around us and acres of open, lush green space. I was told never to put my hand inside the hole of the peepal tree in our yard, because that was where the naag (common cobra) of the area resided. I heard he had been spotted once or twice, but in the two years I lived there I never saw him. Several years later, when I started learning how to handle and rescue snakes in 2009, I found myself in the oddest situations. I was taught to admire the strength of the 15-foot python who could constrict my entire arm if he wanted to, to be cautious of the angry cobra peeking out of my purse, to be gentle with the dehydrated juvenile pythons and red sand boas rescued from snake charmers, to be patient with the common wolf snake who didn’t want to get out of the toilet of the 3rd floor apartment. I worked with some excellent handlers, who showed me how important rescuers were in reaching out to the community and changing people’s opinions about snakes. That fear and respect for the wild animal worked hand in hand in any rescue situation. For 5-6 years working with snakes had taken a back seat and I was looking at other conservation issues, especially illegal wildlife trade and rescue of both wild and domestic animals. I had witnessed humans and animals struggling to co-exist in the same landscape and in my early enthusiastic, and perhaps a tad misguided, years as a welfarist and conservationist I sympathised with the animals to such an extent that stopping to think about the humans and the complexities involved, was never even an option. I learnt the bigger lessons some years later when circumstances taught me how to be compassionate with the scared, angry and confused families, who had just killed in fear and retaliation, after a loved one was bitten by a venomous snake.

In 2011, a new piece of research- dubbed the million death study- had put a staggering number to snakebite deaths in India. Over 45,000 every single year. To date that data has not been refuted nor has any data come forward for the number of snakes killed in retaliation. IndianSnakes started evolving as a website in 2010 and subsequently as a rescue and rehab resource by 2014, when an opportunity presented itself to mitigate snake bite deaths by sheer coincidence. A chance conversation in a train led our founder Jose Louies to the 20-bed Anjali Health Care Centre, a charitable hospital, in rural Pithora, in the state of Chhattisgarh where they estimated an average of 150 deaths a year in 67 villages only due to snakebites. A lot of these people were just going about with their daily business, when the accident happened. Some didn’t see the snake hidden in the pile of leaves, one was bitten in her kitchen when she unknowingly reached behind a cupboard where a cobra was hunting a rat, another was bitten when working in the fields. They were all just simply creatures trying to survive. We were met with a lot of backlash from the herpetology community, who told us that saving humans wasn’t our job. But as founders we were adamant to see if saving lives would help reduce the fear of snakes. With the help of the AHC, local NGOs and volunteers a simple plan was executed- provide anti-venom, spread awareness in the local community about snakes and snake bites, procure a ventilator and train the doctors on snakebites. Within a year the human death rate was brought to almost zero.

With learnings from here, we rapidly initiated projects across the country to see the differences in the problems and possible solutions and some issues stuck out, more than others, everywhere.

The plans launched were simple- outreach, awareness and helping increase access to equipped medical care and trained ethical rescuers through technology. An android app SERPENT with hospital locator, field guide, rescuer locator, snake identification has been launched, along side a massive citizen science mapping project looking at the concept of the Big4 venomous  snakes of India, believed to be responsible for most of the snakebites. Looking at the larger picture in a country where snakes are both feared and worshipped, trying to strengthen co-existence is a lot of work especially when you mix in several different cultures, beliefs and languages. We're trying to use simple ideas and everyday technology for people to access support systems more efficiently, including popular platforms like WhatsApp and Facebook.

But we were still asked how this fitted into conservation. India is largely an agrarian economy and with over 290 snake species- only 10% are considered venomous- and many of them well adapted to agricultural and developing landscapes like the common cobra or Russell’s viper, accidents happen all the time. Snakes exist in every single nook, corner and cranny of India. And that’s precisely why we’re tackling the root of the problem- the fear of death. In Pithora, retaliation killings have come down and with snakes resuming their natural ecological role of eating rodents some farmers reported saving grain in their storage units. People also started turning up with the snakes that had bitten them and releasing them outside the hospital! After reassuring them that the doctors didn't need to see snakes for identification and only treated on symptoms (yay polyvalent venom!), people, thankfully, stopped getting their bottled snakes! The community needed a reason to trust, and seeing "victims" live even after a bite was the biggest proof for them.

Armed with this and data from other sites, we've been approaching anyone and everyone who would work with us- corporates, individuals, governments, non-profits, doctors, researchers etc. IndianSnakes believes that in order for any conservation movement to be successful and more importantly, sustainable, it cannot be done in isolation with data restricted to the organisation alone. We have undertaken several research and conservation action projects and with the exception of projects where we legally do not own the data, we share the results and methods with anyone who needs it. The base conservation action plans are simple, sustainable and more importantly, replicable. This helps tweak and modify plans according to a communities needs and to understand those we largely depend on volunteers for now, and our IndianSnakes community has been our rock through these years. All our technical and outreach material, also translated into several local languages, has been made available for anyone to use for free. We believe in working with communities as strongholds and relying on family units to pass on vital information of co-existing safely with snakes as part of their heritage for posterity’s sake. The fight for space and resources is only going to increase. “Rescuing” snakes or removing them from their area only solves the problem for a short while. Encouraging a larger holistic, understanding environment is at the core of sustainably reducing conflict between humans and animals. In this age of COVID-19, the importance of adapting and sharing, thus providing less stressful environments for wildlife cannot be emphasised enough.

Adam Roberts
over 1 year ago

Living with snakes: strengthening co-existence amid life and death

Officially known as a Neglected Tropical Disease, snakebite is considered the biggest "human-wildlife conflict" in the world. We believe that it doesn't need to be.