The okapi is an iconic species for the Democratic Republic of Congo (DRC) and the world. The publication of the strategy in 2015 followed ten years of armed conflict and civil war.

This is a good example of a conservation strategy in some ways, and it has four years still to go. It was ‘a long-term framework for action, beginning with a long-term, idealised vision, followed by a more concrete goals, through a logical, hierarchical structure down to individual actions.’ However, some further analysis according to SDWC’s theory of change and setting the monitoring approach would have been better able to highlight control, confidences and priorities. Flow charts would show linkages more easily.

SDWC 6 PRINCIPLES:
The strategy generally follows these throughout. Look up, think big and look forward are addressed as part of a strategic programme of DRC’s National Strategy on Biodiversity Conservation in Protected Areas (see also below). Keep it wild, listen to the people and do no harm are addressed throughout, but some elements such as Objective 10 (socioeconomics for local people) in Table 5 are not possibly ‘Keeping it wild’?

CARRYING OUT A SITUATION ANALYSIS – this is the Status Review.
The population in 2013 was officially reclassified by IUCN as ‘Endangered’ on the IUCN Red List due to a decline in population >50% following the decade of armed conflict. Around 95% of genetic diversity had been preserved in captive breeding programmes around the world from the original 29 wild-caught animals.

Scope (Section 4) – this is very clear for in situ existing / proposed protected areas, but not for the ex situ 50 captive breeding institutions around the world.

Section 8 concerns a threat analysis (identification and assessment) for direct and indirect threats. These were identified in the Status Review and clarified during the workshop.

Table 3: Indirect threats identified could be interpreted as ‘behaviours’ or ‘contributing factors’, and some groups are also identified in another table, Table 1 (values and functions of the okapi).

No confidences are assigned.

Table 4: The assessment is tabulated according to extent, severity and irreversibility, but also urgency and trend, interestingly – and scored/rated.

DEFINING THE IMPACT and PLANNING THE WORK – these SDWC processes seem to have been combined in Section 9.

Some of these are quite substantial in their own right, eg Objective 12 (managing the captive population) and Objective 10 (socioeconomic development of local communities). These could be broken down to concurrent or sequential projects all aiming for the same biodiversity target, with their own work packages? Would this have made the strategy a bit more manageable under SDWC?

Feasibility – seems to be covered by assigning work to partners with the expertise and the authority to carry it out – colour-coding SDWC-style would have been useful.

The objectives are not completely SMART, as SDWC would require them, even though a lot of information is included in the table that could be added to.

No indicators/tolerances have been assigned.

Section 3 survey methods - some attempt has been made to distinguish between these: dung count, transect-based distance sampling, reconnaissance walks, patrol data, community monitoring, camera trapping, genetic capture-mark-recapture, including some good scientific rigour, technical capacity and authority by stakeholders (but difficult to assess in terms of ethical soundness and cost). A table for monitoring would make this clearer, that included tolerances, indicators and other methods alongside objectives, not just survey methods. 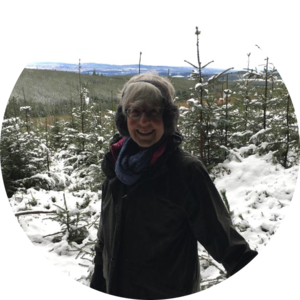 Unemployed at the moment, n/a

Based in the UK. Passion for wildlife stems from living abroad and global travel to many national parks and protected areas in my youth and early adulthood. Degree qualifications in agricultural economics/rural resources/environmental policy. Worked in environmental consultancy projects and waste management (reduction, reuse, recycling) collaboration, campaigns, education and service. Volunteered part time 2010-2019 for wildlife charities (education/interpretation) and a national park (species surveys and water quality monitoring). Refreshed knowledge of ecology through online introductory course 2014. Completed certificate in ecological consultancy 2020 under lockdown and gained qualifying membership of CIEEM. Now wanting to mould and formalise project management experience in the wildlife conservation arena (while still in lockdown!) Feel the combination of skills and experience means I have a useful and valuable contribution to make towards improving the UK's biodiversity and state of nature, which has taken a big hit in the last decade. Would like to do this in a paid capacity, but definitely in a volunteer role if that's all I can find to start with! Have already started making a contribution.
Follow
5 Contributions
1 Followers
0 Following
WildHub
We use cookies to help improve your experience. By continuing to browse our website you are consenting to our use of cookies.
Learn more