Earth to Humans podcast: Possums, Stoats and Weasels, OH MY

In this episode of nature podcast, Earth to Humans, we speak to Predator Free NZ Director Jessi Morgan about this ambitious project to eradicate New Zealand of invasive predators.

+1
Hannah and 1 other See all
Director, Song & Dance Communications
Follow 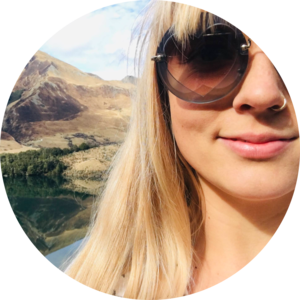 If you're looking for a nature podcast, there's over 200 back episodes featuring conservation projects and environmentalists all around the world. Here's a bit more about this episode:

New Zealand is known as a land of extensive wilderness and pristine ecosystems, but, as with pretty much every single other natural habitat on this planet, it isn’t without its issues. These isolated islands have got some pretty big problems being caused by some very little animals.

Before Maori settlement in the early to mid-1300s New Zealand’s two big islands and numerous surrounding smaller islands were completely human-free. Since our species arrived, the country has seen its (largely endemic) bird population plummet, with numerous near and complete extinctions of some seriously amazing species, including all nine species of moa – a giant, flightless bird that reached heights of up to 3.6 metres, weighed up to 250kg and laid 4kg eggs, and the giant Haast eagle – the largest eagle to have ever lived, with talons reaching 8cm, a wingspan of up to 3 metres and standing at a metre tall. 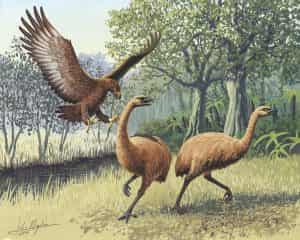 Throughout history, New Zealand’s native species have faced many threats – overhunting, land use changes and habitat destruction – but in the modern day, the most pressing threat to New Zealands bird, lizard and insect life are invasive predators. Not only is the wildlife suffering, but the natural habitats are too – reduced bird populations means less seed spreading and less pollination, and habitat health is declining as a result.

These predators have been introduced both accidentally and purposefully, sometimes purposefully to try and remove the accidentally introduced ones. But, the NZ government, in collaboration with Predator Free NZ, have set an ambitious target of removing all invasive predators by 2050 – Predator Free 2050 – it’s got a good ring to it right?! This may sound like one of the world’s most ambitious conservation projects due to the predator populations being absolutely huge, but with a massive amount of community and stakeholder support, and some amazing scientific innovation, it might just be possible and in some areas and for some species, it’s already working. Listen as Wildlife Biologist Hannah Mulvany speaks with Jessi Morgan, CEO of Predator Free NZ, about the conservation battle the country is fighting, and how they are getting on.

I started my conservation career as a researcher/author for the Arkive online natural world encyclopedia, before managing the Wildscreen Exchange project which gives 350+ organisations across the world access to free photographs and videos for their communications. From working on this project, I developed a keen interest in conservation communications and began researching impact and technique. I also ran the public section of the Wildscreen Festival, Witness the Wild, which is an event programme that includes a travelling bicycle-powered wildlife film cinema, the world's largest recycled and recyclable photography exhibition, and a nature-themed street art gallery. Since then, I have been running my own conservation communications business, Song and Dance Communications, but split my time 50/50 between this and field work, which mostly centres around ecosystem restoration and short-term contracts in the ecotourism industry. I also produce a seldom updated blog, which I hope to spend more time on at some point in the not-too-distant future!
Follow
4 Contributions
4 Followers
0 Following

Thirza Loffeld about 2 months ago

Thanks for sharing Hannah & also useful to read the description. Wishing you a good week ahead!

The Nature of Loss Podcast

Mollie Taylor
WildHub
We use cookies to help improve your experience. By continuing to browse our website you are consenting to our use of cookies.
Learn more