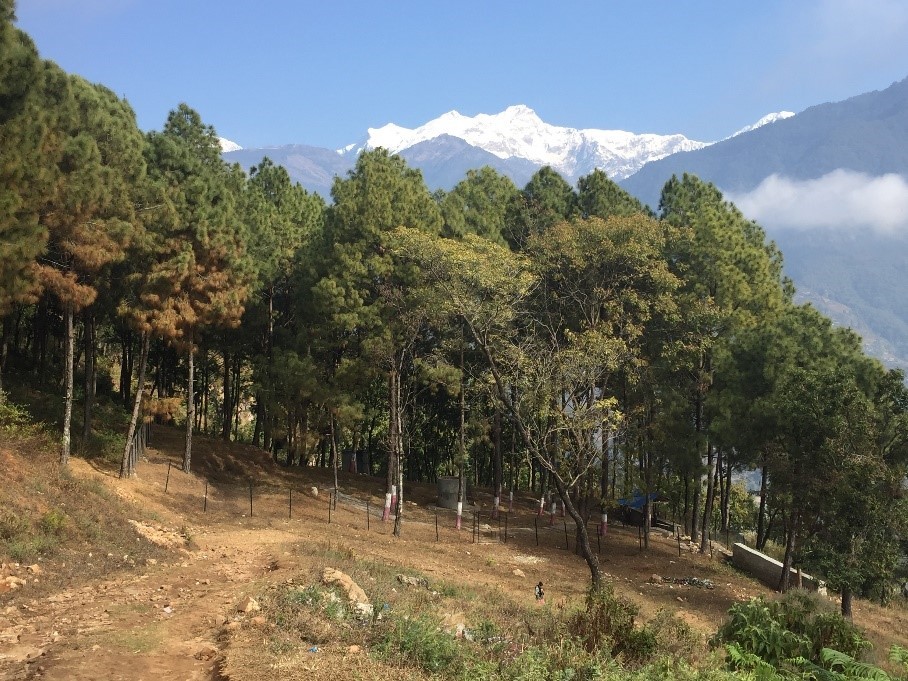 Liked by Adam Barlow and 2 others
1

Community forestry programs in Nepal have been incredibly successful in terms of carbon sequestration, reforestation, and localized environmental conservation practices. Nepal’s community forest initiatives are managed by national policies and a decentralized method of community-based natural resource management, community forest monitoring, and local leadership. Seen as a successful model for community-based forest management initiatives, this decentralized form of local forest governance has been replicated in several other countries, ranging from Tanzania to India, and there are numerous environmental benefits. However, the role of gender equity and social inclusion among these groups is unclear. Although substantial efforts in terms of gender mainstreaming and social inclusion initiatives have been undertaken and women participate in and lead Community Forest User Groups, barriers to group entry limit social inclusion. While female and marginalized caste groups can participate and make decisions in Community Forest User Groups, social differences need to be considered.

I conducted qualitative research in Western Nepal last winter to understand the intersectionality of gender equity and social inclusion among these forest user groups. I lived in Lamjung, Nepal for two years as a Peace Corps Volunteer, and have deep ties to the community where I conducted this research, and enlisted the support of local leaders and a research assistant to organize and facilitate focus group discussions. 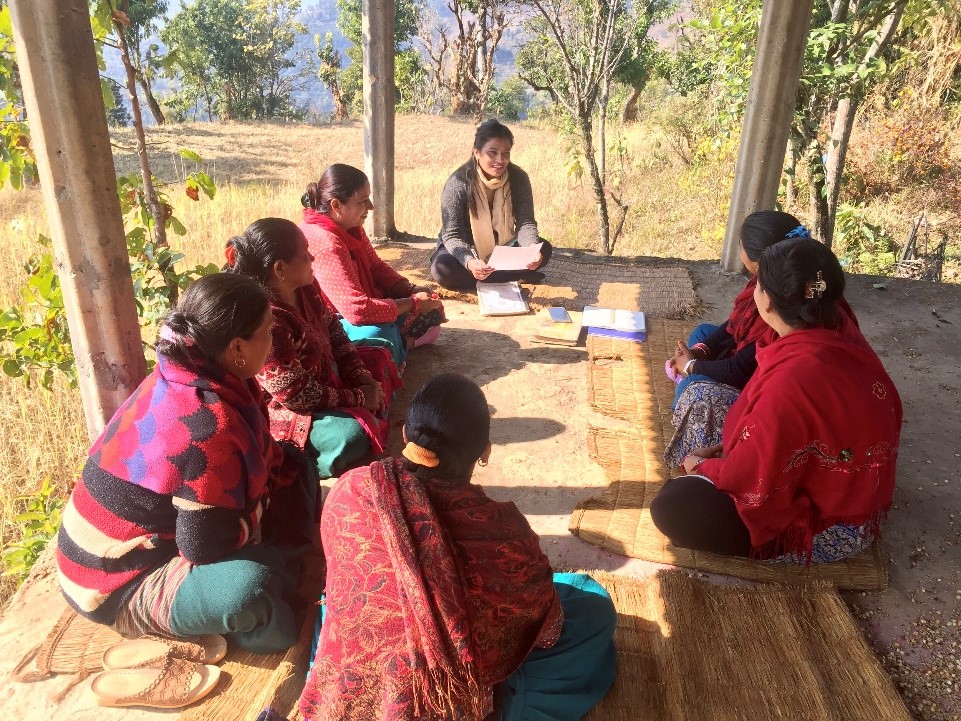 Most Nepalese are small-holder farmers, and 80% of the population is rural. With socioeconomic drivers such as migration and the flow of remittances, female-headed households are the norm for agrarian regions. As female-headed households have more responsibilities for education, household nutrition, and subsistence agriculture, this also contributes to the “double bind” these women face – increased decision-making and responsibility, but a lack of power within Nepali society. Although many gender-mainstreaming development projects seek to empower women – and many community groups consist primarily of women – women are still excluded from access to cash crop production and markets, formal agricultural training, and land ownership.

While gender equity and social inclusion are sometimes seen as one component in terms of diversity and inclusion, it is important to recognize these as separate – but often intersectional - distinctions. It is far easier to count the number of women who attend a training than it is analyze social difference; in the case of Nepal, this includes low-caste groups, socially disadvantaged groups, women, and other traditionally marginalized populations. Gender equality is pertinent to more inclusive conservation work, but the recognition of gender equity and social inclusion as two different – and often intersecting – components is essential to truly inclusive work within the conservation sector.

While the participation of women, low-caste, and other marginalized groups has increased among Community Forest User Groups in Nepal in the past decade, these trends are limited to middle and upper-class groups that are landowners, and landless tenants – primarily the “ultra-poor” – lack equitable benefit sharing among Community Forest User Groups. This exclusionary practice is likely not limited to this particular community-based forest management program in Nepal. Nepal’s community-based forestry program has been replicated in other countries, but in terms of gender equity and social inclusion, there is still work to be done in order for these groups to be socially inclusive, incorporating class and social difference to limit elite capture. Gender mainstreaming has allowed women to participate and lead community forest user groups, enabling environments for gender-inclusive policies and practices.

Social difference – including age, caste, class, and ethnicity – is harder to measure than gender. The conflation of gender equity and social inclusion as one term within international development makes it complicated to analyze the measurable impact. The government of Nepal, in partnership with NGO and private sector implementing organizations, should implement policies that promote gender equity and social inclusion as two different components of inclusive development. At the local level, benefit-sharing must be inclusive of caste, class, and gender, both in community forest user groups and other locally governed groups. Building upon the environmental conservation benefits of Nepal’s community forestry program, incorporating gender equity and social inclusion as two distinct markers of social difference could be a powerful example used to improve inclusion in other development programs around the world. 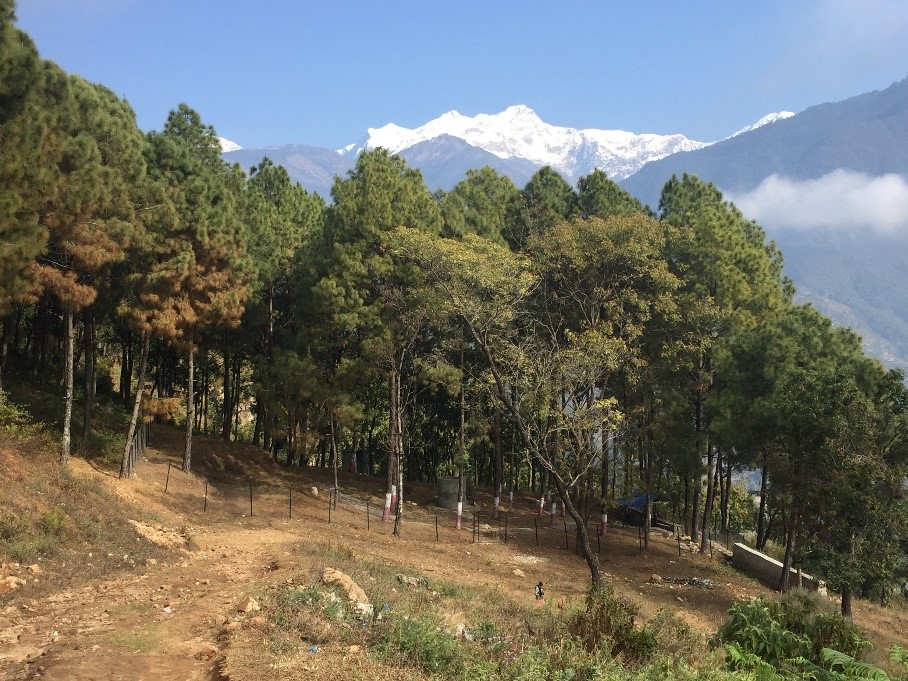 The road leading to the forest, with a public park at the base; Lamjung, Nepal

+4
Molly Maloy and 4 others

Lena Jeha
over 1 year ago

I have seen similar patterns in the community-based natural resource programmes I have evaluated in Indonesia and East Africa. I have, however, always wondered whether my notions of equity are slightly liberal, 'Western' perspectives. Indeed our projects are teaming with sound examples of how empowering those from different socioeconomic statuses, races and gender has lead to more social equitable outcomes for human wellbeing (less so for biodiversity conservation as often it tends to be the most powerful players generating the most detrimental impacts) but what if it is not culturally appropriate? I say this because I have also seen how conservation NGOs have created conflicts trying redistribute power in this way. Naturally dominant individuals will try to resist. Whilst we don't want to be implementing intervention that reinforce existing power asymmetries, should we be changing them?