This May the European Rewilding Network (ERN) is hosting its ninth ‘Rewilding Intro’ event, a mini-webinar series through which ERN initiatives share their rewilding success stories. This time our ERN member, Sigma Plan, is taking us on a 30-minute long journey to Belgian wetlands.

In the face of an increasingly volatile climate and rising sea levels, allowing the river Scheldt to overflow in a controlled way and reconnect with the land has created a chain of wetlands that bring benefits to the local communities and an array of flora and fauna.

Sigma Plan is an inspiring initiative launched in 1979 and updated in 2005. It will span over 50 years, protecting a large part of Flanders from flooding. Led by the The Flemish Waterway NV and Agency for Nature and Forests, it is on a mission to create 14,000 hectares of connected nature-friendly habitats by 2030.

It is enabling the migration of fish and the free movement of recently recolonised species such as otter and beaver following decades of absence. The Sigma Plan has developed alongside knowledge of how inextricably linked we are with nature. It is a plan that works with nature, not against it, allowing the natural rhythms of the tides breathe new life into the surrounding countryside – sprouting new growth and boosting biodiversity. In addition, it is a nominee for National Park status in Belgium.

ERN Intro will welcome Veerle Campens, Environmental Engineer and one of Sigma Plan's Project Leaders. She will share the story of Sigma Plan and tell you all about this exemplary initiative, which is a unique tandem of water safety and nature development. Together with the Sigma Plan team , she has spent 11 years working to makes Flanders safer, greener and an ever more splendid natural experience.

In addition, Sigma Plan is a great case study example of a ‘no regret’ measure against climate change. With the aim to create tidal nature in a densely populated area its team has invented a specific modular flood control system with controlled reduced tide. To learn more about it, sign up for our exciting event!

Thanks for sharing, @Mei Abraham Elderadzi. The webinar sounds interesting!

Well-being and resilience, Our community, Podcasts and webinars, Art and conservation 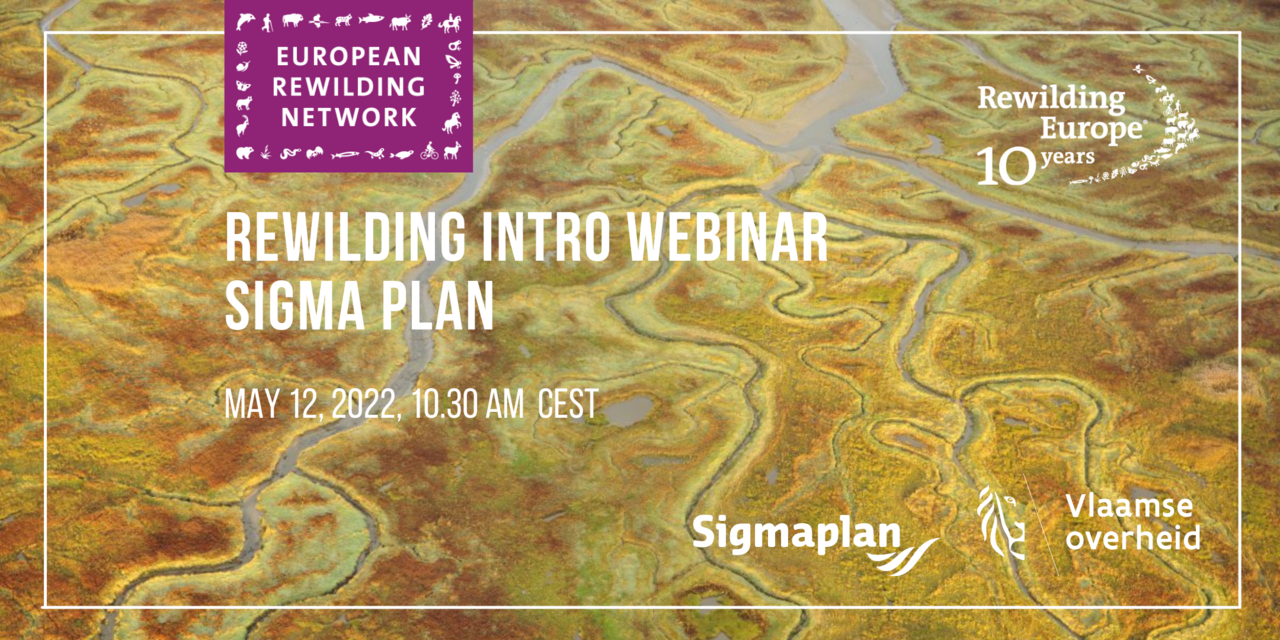