My second WildHub Conservation Catalyst interview was just as fantastic as the first and I am thrilled to share some insight into the big scary word/thing/concept that we all tend to avoid at all costs: FAILURE

I connected with fellow WildHub member Allison Catalano to discuss her career path, PhD research, and the conservation sector’s relationship with failure. She holds a variety of titles, including but certainly not limited to, PhD candidate (note, she passed her viva!), Commander in the US Navy, and Mom. Allison describes her career as that of a “crooked path” that has taken her around the globe and traversed disciplines … and it's a path that demands a full paragraph. See below.

Allison received her Bachelor of Arts degree in Environmental Geology from Bryn Mawr College on an ROTC scholarship and did her junior year abroad at Macquarie University in Sydney, Australia. After six years serving as a US Naval Supply Corps Officer in Japan, Washington State, and California, she received her Master of Business Administration degree from The Wharton School at the University of Pennsylvania. Allison then worked for Bain & Company as a management consultant, as the Community Liaison Officer for the US Department of State in Ankara, Turkey, and as the Lead Defense Support of Civil Authorities Planner for the US Navy Reserve in San Diego, California. Additionally, she founded Grow Smart Monument, a community resource group focused on providing opportunities for preserving, maintaining, using, and communicating with authorities about recreational trails and open spaces in Monument, Colorado. Finally, over the last five years Allison has been pursuing her PhD from Imperial College London, is a member of Oxford University’s Interdisciplinary Conservation Network, and is on the Board of Directors for the Society for Conservation Biology Social Science Working Group. Allison is busy and I honestly don’t envision her slowing down.

Moving forward, Allison will shortly be starting work at a new climate fund as the evaluation and learning manager, an exciting opportunity to put in place rapid learning cycles to achieve significant decarbonization strategies. She has published several chapters from her PhD to date and is working on the next one! I highly recommend her 2021 paper "Building better teams by identifying conservation professionals willing to learn from failure".

Okay, so …  how did Allison go from a multi-decade naval career and consultancy work to a conservation-related PhD? The answer is, as with many opportunities in conservation, connections & networking. The who you know and when you know them and where you happen to be. Allison had reconnected with a friend and academic from her time in Australia who was a senior lecturer in conservation at Imperial College London. They got to talking about learning, failure, and how certain industries have excelled at harnessing the latter to achieve the former. They realized that scientific studies concerning these concepts within the conservation sector hadn’t really been tackled yet! So, what did they do? As with any scientist with a knowledge-gap itch to scratch, they studied it.

I could summarize her research, but Allison’s own words give the most complete picture. She addressed:

… how conservation professionals learn from failure. In particular, I am interested in the dynamics of confronting and managing failure from the perspective of individuals, teams, and organizations. I study how cognitive biases and past experiences affect an individual's ability to discuss failure. I also research how psychological safety and other team learning behaviors influence group response to failure.

I am interested in examining how conservation organizations enable or discourage learning from failure both internally and across conservation as a discipline, and what structural barriers exist that impede this learning. I study other disciplines with longer histories of managing failure such as business, aviation, and medicine to identify what, if any, systems and mindsets might be adopted to promote a 'safe-fail' culture in conservation …

As someone whose greatest fear is failure (yes, hi, I'm talking about me), I wanted to know how organizations can create a safe space for learning from failure and how individuals can set themselves up for success to do the same. From Allison’s January 2021 “Never Waste a Good Failure” Stewardship Network’s Monthly Webcast, organizations can:

It is in organizational leaders' hands to actively and consistently do the work to create a “safe-fail” culture. Raising questions and concerns should be encouraged, honest feedback should be exchanged, new and creative ideas should be generated ... and making their people feel like they can take these kinds of interpersonal risks without punishment or humiliation is key - this creates a feeling of high psychological safety, a concept thoroughly explored in Allison’s research.

Okay, but what about the other side? For the individual, Allison recommends the tried-and-true strategy of reflection. Take 15 minutes at the end of the day to look back on what has and has not worked. Create opportunities to pause and reflect with your team. This allows for adjustments to behavior and practice so that inefficient and unproductive styles/habits/approaches aren’t perpetuated. Also from Allison’s webinar, an end-of-day personal questionnaire may look something like:

Where am I struggling?

What have I learned?

What will I do differently going forward?

We all know that interpersonal interactions can have a hefty influence on personal and team productivity - humans are sensitive creatures, are we not? Allison emphasized that we don’t know what’s going on with people on a personal level all the time - we don’t know if someone woke up on the wrong side of the bed or if they are shouldering a life trauma. With that in mind, it’s important to strive for compassion, humility, curiosity and generosity in interactions to increase team psychological safety.

I asked Allison to reflect on her own career and experiences … wondering if there were any situations she participated in that stood out to her. Was it a good example of a successful or unsuccessful learning-from-failure moment? Immediately, she described a time where she was responsible for X, something went wrong with X outside of her control and knowledge, and she was held accountable as necessitated by her position. The thing that stood out about this memory was how someone else communicated with her about it - in this case, with misguided blame. Their method of communication made Allison determined not to show any future failings to them again - in the moment, this disruptive exchange prevented potential learning from failure. However, in reflecting on it and walking me through how interpersonal interactions can significantly dictate in-moment growth or regression, Allison showed that this memory now also serves as an example of successfully learning from failure.

When it comes to industries taking on learning from failure, Allison referred to business, medicine, and aviation as three that have striven to harness the concept. In each of these industries, the consequences of learning or not learning from failure can be dire: multimillion-dollar portfolios can be made or lost, lives can be saved or not due to preventative medical efforts, and flight accident rates can approach or diverge from zero. These industries have the incentives to improve, they have copious amounts of data, and they have the money to fund research.

So, what is it about conservation that has prevented a learning-from-failure culture to be a priority? While there is certainly a myriad of reasons for why each conservation team, project, and organization can do better, two of the main barriers are money and time. Given funder expectations, there’s not usually a lot of wiggle room to creatively experiment and risk failure due to tight budgets and deadlines. Another resource under pressure is people - it’s not uncommon for one conservationist to wear multiple hats for a project, thereby limiting the available time devoted to each task.

Allison shared one thing that particularly stood out to me. During her research, she visited the websites of many of the major international conservation organizations and noted their mission statements. In various combinations, statements frequently highlight species conservation, habit restoration, and public education and engagement. Only one specifically identified "learning" as part of their mission. What kinds of conservation targets are not being achieved quickly enough or at all because learning from failure isn't expected, encouraged, and normalized? We need to change that!

Has our - be it in conservation, other industries, or in general - perception of and relationship with failure changed over time? Speaking from a personal perspective, Allison believes that people are more comfortable simply talking about failure, especially over the last decade or so (and especially since March 2020 when the COVID-19 pandemic uprooted global norms). It certainly seems more socially acceptable now to share, to post about, and to talk with strangers/colleagues/friends/family about failure.

You can keep tabs on Allison's work and streams of thought via Researchgate, LinkedIn, and Twitter!

Great job Natalie, I can tell you had fun interviewing because your enthusiasm shines through  in your writing. Congrats fellow Conservation Catalyst!

Natalie Rhaodes
about 1 year ago

Thank you so much, Carolyn! It makes me so happy to hear that.

Amazing work Natalie! 🎉 It's such an interesting piece and you really captured Allison's background and findings well. Congrats on your second contribution catalysing the sharing of lessons learned in our conservation community!

If any other members are interested in becoming a Conservation Catalyst with WildHub, check out the link below: https://wildhub.community/posts/call-for-conservation-catalysts

Natalie Rhaodes
about 1 year ago

Thanks so much, Thirza!

Ask for Help: Do You Have Lessons Learned to Share?

What is "Conservation Leadership"? 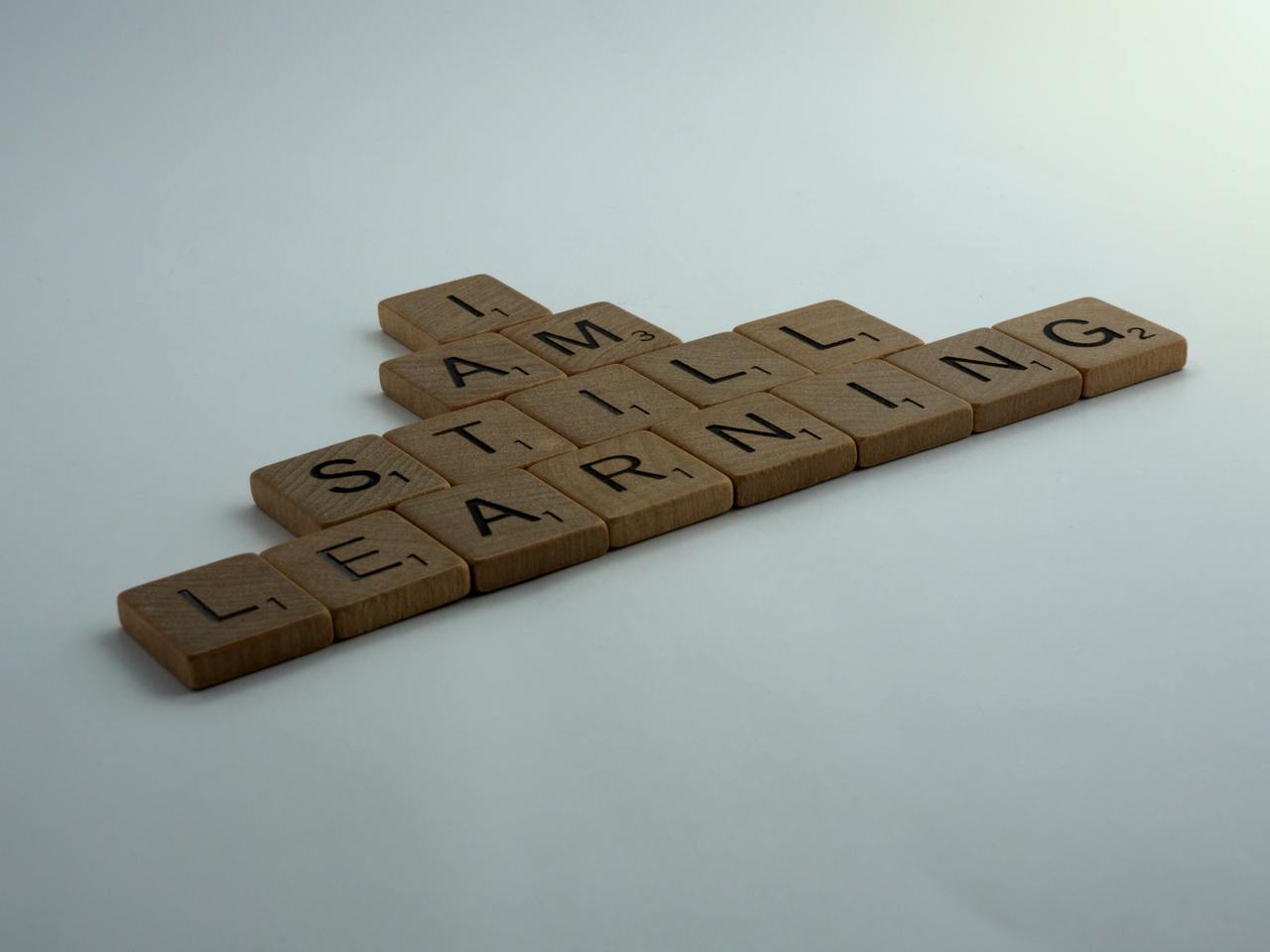 Allison Catalano will show you how!