Corona impact on social behaviour: observations on the human species

In my line of work, working with primate spieces -both the human, the great apes and monkeys- I have the pleasure to regularly observe their behavioural patterns and be amazed by what they teach us. These times, even though difficult, provide the most remarkable behavioural observations.
Sarah Mutsaers
Co-owner & teamtrainer , Apemanagement NL
Follow
Like Liked by Thirza Loffeld and 2 others

Ooh what social creatures we are

Here in The Netherlands and I believe in the UK as well; our handshakes and the "How are you?" are our greeting rituals. In the old days we would migrate every morning in a much like the great wildebeast migration on the Serengeti plains named 'traffic jam' and end up at the office. There we would start the day with a short and effective "Mornin'!" to the social group of that day.

It is one of the many rituals we see with the human species, which with apes and monkeys it is often seen in the form of an invitation to grooming behaviour which has an important function in building trust and maintaining relationships. Being vulnerable and allowing hands in your face checking out dandruf and pulling out hairs around your eyes does that for you.

Nowadays we only have to migrate from bed to kitchentable and the greeting rituals have been replaced by saying goodmorning to the dog. While some people find the efficiency and the time-gain from the disapearing commute fantastic, other colleagues find this period horrible missing the walkway conversations and the informal coffee machine talks at the office. Because for them that determines how good the day was; talking to your boss or that fellow worker from the other department, seeing someones different point of view, cracking jokes in between work content. And to be fair: jokes work really bad with online delay and when you have to explain who it came from in a conference call. Just bite your lips and don't do it, trust me. I failed many times.

It is fascinating to see though how we adjust to screens, distant team meetings and co-working from home. And how we manage the impact that all has on our relationships. Depending on old trust, new structures and new ways of communicating with each other. Dealing with these times with the many social skills we have.

Talking to people who have just joined a team in this time reminded me of when I started working with chimpansees; the first months (!) I was fiercly and consistantly pelted with poo and sprayed with water or worse: pee. And, hold on; I am not saying that starting a new job is like being submerged in shit but it was more like a rite of passage in which my returning determinded the outcome.

Depending on the flexibility of my working days in the primate house: sometimes I wouldn't see them for a whole week and I felt we had to start all over again. But after a few months their behaviour changed. When the chimps saw I was still there and I kept coming back it was like they said: good. Now we can talk. And from that moment they would greet me when I came in and start investing in the relationship between us.

Now why does this remind me of this time? I see similar things happening with new teams and new teammembers entering existing teams. Where introductions are made from a distance and we don't get to spend time in the same room of form a proper social group as you might say. You know, the ones where you can smell, observe, see eye to eye, interact on a verbal and non-verbal level.

But through the distance and our ever social character -because after a while we feel you simple can't ask who that colleague actually is, what his of her name was, and what he of she actually does within the team, our 'social rules' prevent that- the startingpoint of investing in a relationship is delayed. With the risk off colleagues feeling invisible and not fully part of the team. Or worse: stepping out again because they never feel part of the group.

And atthough I see beautiful initiatives like online coffee moments and day openers through ZOOM and all sorts of other technological sollutions (like this network) I believe it all starts with the behaviour of people. With opening a conversation, with dispite of social fear having the courage to ask those questions, with being vulnerable. And after that hopefully being able to come to the conclusion that there is a common ground and ideas to be shared with that one teammember you didn't quite notice before. It only takes time, effort and a little courage on both sides.

Ubuntu is the term of many definitions orginated in South Africa but for me it refers to: I am because we are. I think it shows more than ever how everything is connected and interdependant. Somewhere on the other part of the globe something happens in the human-animal relationship and here on this end the group-movements of people become visible: sportsactivities in parks and wildlife areas when the gyms close, huge amounts of pets and plants being dragged into our homes because we spend more time there, we keep coming together in supermarkets of saturday morning, coffee To Go stands and garden centres around Christmas time dispite of the measures and advices taken to prevent spreading the virus. Try to break our habits and we find some other social trail which leads us on the shortest route to our destination: contact with others.

We are that typical species. Unique, infinitly fascinating but also more connected to nature than we often think.

Sarah Mutsaers
Co-owner & teamtrainer , Apemanagement NL
Follow
Sarah Mutsaers (1982) is co -owner of the Business Training agency Apemanagement® She presents training courses and guides teams in the field of leadership, changemanagement, cooperation, team development, communication and stakeholdermanagement. In which she provides valuable insights on the influence of our human nature in workprocesses. In other words the 'Monkey Business' on the workfloor.

Well done Sarah and so beautifully written. I also appreciate hearing about your experience with the weeks and months it took to be accepted by the group of primates. Thanks for helping "us humans" understand our habits and behaviors in the day-to-day of Covid19. 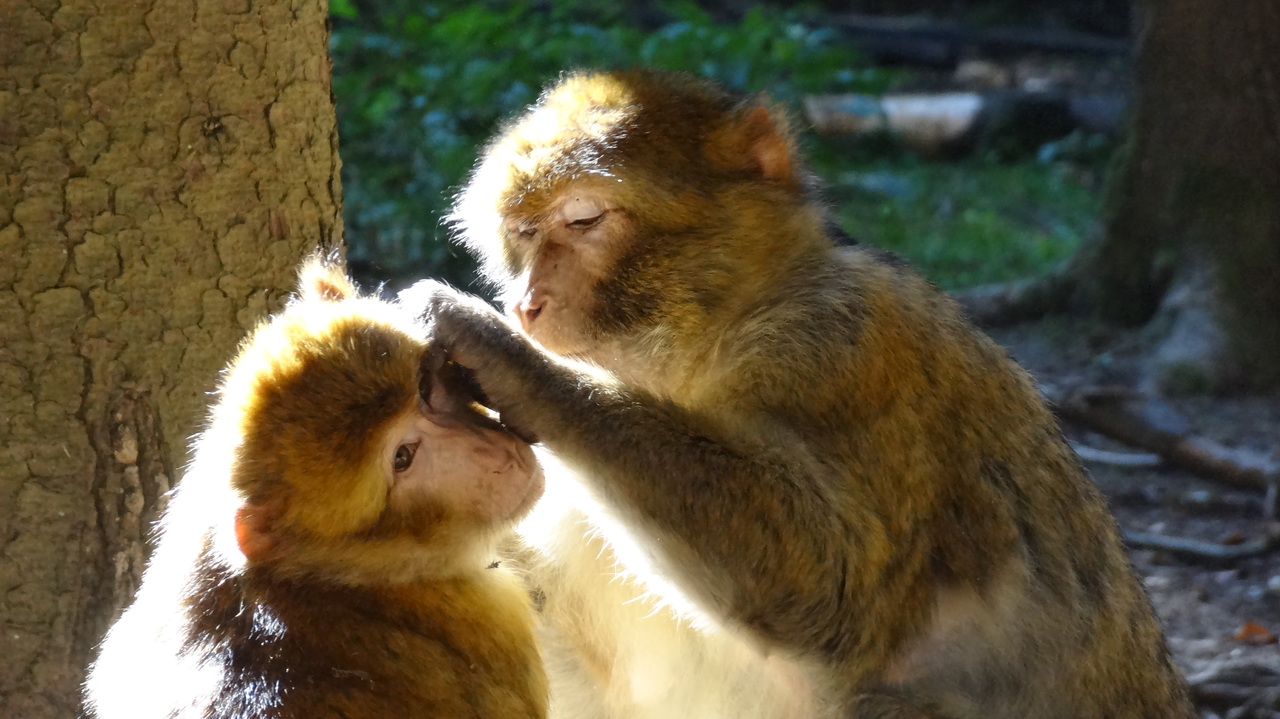 Corona impact on social behaviour: observations on the human species

In my line of work, working with primate spieces -both the human, the great apes and monkeys- I have the pleasure to regularly observe their behavioural patterns and be amazed by what they teach us. These times, even though difficult, provide the most remarkable behavioural observations.