Recruiting and sustaining your organizations' volunteer force is not a one-and-done activity, it takes dedication, social awareness, adaptability, and clarity to name a few attributes. I recently invited experts, Kelly Rose and Douglas Anderson to share their lessons learned while they coordinated volunteers committing their time to wildlife and wildlands conservation.

Carolyn Rosevelt (CR): Volunteers' donating their time and energy are a necessary part of your organizations' mission to preserve wildlife and the natural world. It would be nearly impossible to get all your work done without your large community of volunteers. How do you make their vital service sound appealing?

Kelly Rose (KR): During her 10-year tenure at Friends of Ballona Wetlands (FBW), Kelly Rose recruited and managed more than 50 thousand volunteers through her education and habitat restoration programs. Kelly began her work through a self-created internship while in college.  Her focus: to inspire people in the sprawling urban landscape of Los Angeles to connect with nature and engage in stewardship and action.  She maintained this as her mission when she became Programs Coordinator, and later Programs Director, for FBW.  Kelly acknowledged that coordinating and facilitating volunteers takes a lot of time and diplomacy, and this should be accounted for in any project fueled by volunteer participation.  Having a background in psychology with a focus on eco-psychology, she aimed to facilitate emotional connection, utilizing education, imagination, and experiential learning to help awaken a sense of awe and care for the land.  Using her research and education on the natural and cultural history of the region, she would sometimes ask volunteers to take a moment to relax, engage their senses, and imagine the place back in time, before the asphalt and hardscape of the city.  She’d take them on a brief journey picturing the brackish estuarine tidal expanse, the wetlands and watershed, mountain ranges, the historic vegetation and abundant wildlife, and the indigenous people of the area. Through these strategies Kelly learned that starting off with ‘the why’ became a particularly useful tool in maintaining her volunteer base at FBW.

Lesson learned: Have a welcoming attitude and create a circle of respect. To sustain long-term participation, it helps to have structure but also to meet the needs of volunteers, especially through inspiration, support, inclusion, enthusiasm, empowerment, and positive reinforcement.

Image 1. It takes a lot of people to get the job done! Teams of volunteers clearing invasive vegetation. Photo credit: Kelly Rose and Friends of Ballona Wetlands

Douglas Anderson (DA): Douglas Anderson trained and led small groups of volunteers for four years, as Lead Research/Volunteer Coordinator for the N/a'an ku se Wildlife Foundation in Namibia, Southern Africa. Although Douglas had many responsibilities, he was not responsible for recruiting volunteers since volunteers were paying to assist with the care, rehabilitation, release, and research of Namibian wildlife for conservation. Douglas led small groups of volunteers in weeklong “Clinics” which supported four main projects investigating human-wildlife conflict mitigation. The volunteers’ main charge was to track carnivores such as hyenas, leopards, jackals, and zebras using remote cameras and photo analysis. They would also assist with game censuses, pick up litter, tend a vineyard, and cut bushes back from farmlands, helping to keep up relations with the local farmers.

Lesson learned: Paying volunteers want to feel that they have really contributed to your case. They are not guests, but a workforce to be used to their full potential. The more use I could find in them, the richer their experience was claimed to be.

CR: In your experience was there a limit of time you could ask of someone volunteering?

KR: Some volunteers served just for a day while others became core volunteers who were trained to educate and supervise at work-service events. Kelly watched to see what people could do and accomplish effectively during a volunteer shift. She observed that a two-to-three-hour shift seemed optimal. Sometimes she was concerned about asking volunteers to give too much of their time, but usually it worked out. Always inviting people to a party, is how she put it, asking volunteers to give more of their time.

Lesson learned: Over time you gain the ability to identify a volunteers’ strengths, identify issues of safety, and adaptability.

DA: The dynamic was different in Douglas’s program because volunteers were paying the organization to do the required field work and research. In short, they “volunteered” to spend as much of their time possible helping this cause. In many cases, volunteers even extended the duration of their trip to stay and volunteer for longer. Douglas asked a lot from his volunteers and was in return able to give them a lot of freedom as he built trust with them.

Lesson learned: Explain a task and why is it so important, no matter how small and people are always more enthusiastic to complete it.

CR: How do you "pay" your volunteers for their time?

KR: Kelly observed through the years that some people valued perks, such as small tokens of reward, and some did not. Small gifts like water bottles with the FBW logo were both practical and useful for marketing. One of the main incentives for volunteers that Kelly provided was receiving a free education in interpretive programs. She found that volunteers valued and appreciated their education and training about a local ecosystem, enjoyed being on a team, and having access to the nature reserve. They learned how to restore wetlands as well as teach others about their projects. Kelly noted, “providing volunteers snacks never hurts”!

Lesson learned: Give volunteers’ resources and tools they need to feel confident in their task.

DA: Douglas found that trust alone often was a form of “payment” to his organization’s volunteers. He experienced relationships forming through the ability to trust a volunteer with a task. Learning new skills and information about wildlife was also incredibly valuable. Often people would come back repeatedly to volunteer in Africa as they had retained the knowledge they had learned and knew that they were trusted to take tasks on. Douglas also found ways to repay their effort through gestures such as a bottle of wine from the vineyard if they had helped with harvest, drive to new places and go sightseeing, or sleep out under the stars around a campfire.

CR: Is there a platform or process for your volunteers to share their experiences while volunteering? If so, how was is it helpful?

KR: Kelly recommends anonymous feedback forms to gather information on the program strengths and areas of improvement. Kelly would have liked to know more from volunteers about: What they found most satisfying, rewarding moments, qualifying frustrations or hopes met, would they come back, if not, why?

DA: Volunteer feedback on the Clinics was captures by Survey Monkey, which helped to guide and evolve project and volunteer success. Volunteers were also invited to join a Facebook group to build and maintain connections and community. They often could be observed using this platform as a forum to discuss what worked or did not work during their Clinic.

CR: What audience have you not reached out to yet that you think could make a difference in your mission? What are the challenges to achieve this?

KR: “Never underestimate who might be interested or want to help”, Kelly stated. FBW drew its’ volunteer base from schools, universities, social groups, art groups, corporations, scouts, religious groups, community groups, and underserved youth programs. In retrospect, she may have reached out to local yacht clubs, sailing groups, pagan groups, and permaculture and agricultural education programs.

DA: Not applicable to his role.

CR: What brings you back to work each day?

KR: “Any actions humans can take to repair the damage we cause to help heal and regenerate the natural world is so important.”, Kelly believes. She felt she not only was restoring a native ecosystem, but she was also restoring human beings in community. She was inspired to keep coming back each day by watching the transition in volunteers, watching a light go on! During a restoration service event with gang affiliated youth, one girl was carrying a large 40 lbs sack of plants down the trail. She stopped suddenly, looked down and gently lifted a tiny ladybug off the trail and out of harms-way. Kelly felt deep empathy seeing this happen in that moment and felt the joy of the groups smiling eyes at the end of the day.

Lessons learned: Volunteer Orientations are crucial! At these events volunteers can learn expectations, learn how to do the task, and build project cohesion.

DA: “I remember getting the sense that I was learning too [alongside volunteers] and I was gaining confidence in my skills”, Douglas reflected. He also enjoyed that every day was different, that he got to work in nature and with small groups of people. Douglas recalled a big surprise during one Clinic, volunteers had a very steep climb up a mountain, at the top they found a Rhino midden (rhino restroom and hang out), where they had never seen any evidence of rhinos before. To their disbelieve, the very next week at the very same mountain top, a mother and calve were standing right there!!!

Lessons learned: Maximize on the people’s skills and use those skills to your project’s benefit.

CR: Lastly, I want to sincerely thank Kelly and Douglas for contributing as authors and agreeing to be interviewed. It has been a pleasure speaking with you and learning about your rich experiences and professional advice. The WildHub audience and other conservation communities will greatly benefit.

Great post, lots of useful tips. Thanks for sharing!

A journalist’s tale of nature as inspiration

Communicating your message is crucial and it takes lots of practice

A bridge builder, a gift, and a conservation shift 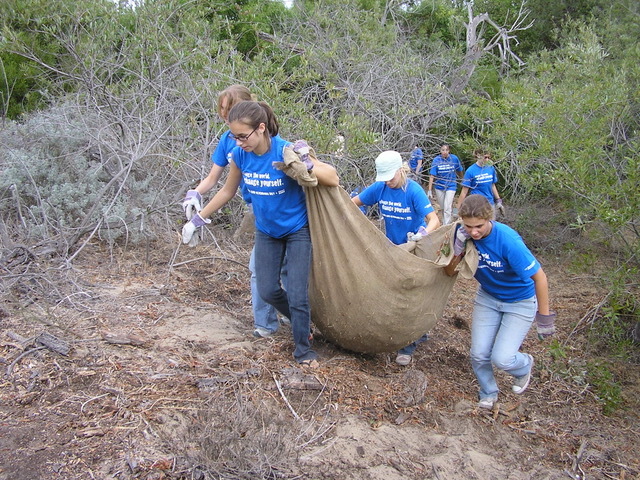