Project Wild Gambia (PWG) is offering an opportunity for people to help them monitor and study primate populations in The Gambia, West Africa.  The trip will last for 2 weeks and includes visits to all of the key conservation sites and habitats found in that hugely diverse country...
Rebecca Sweet
Lecturer , Kendal College
Follow
Like

...The first week will be spent acclimatising at the coast followed by a big trip upriver to monitor the newly confirmed population of the Endangered Temminck’s red colobus.

In Jan 2020 PWG conducted the only repeatable transect in the world for Temminck's red colobus which added 600 individuals to the known World population of 2500!  During this trip, we will also expect to encounter and monitor all of the Gambia’s other primates (Guinea baboon, patas monkey, green monkey and bushbabies) as well as a range of other impressive species such as hippos, West African crocodiles and possible even West African manatees!

All trips are bespoke so that they are as exciting as possible. This expedition has a focus on primates but the PWG team would love to know if you have any other specific interests and they will try their best to incorporate them. Other species we can expect to see include the Critically Endangered hooded vultures, green turtles, guitarfish and Atlantic humpback dolphins.

Let me know if you’re interested and we can arrange a zoom with PWG to hear about more of their exciting ventures! In the meantime here are some useful links:


If you have any further questions, let me know!

Rebecca Sweet
Lecturer , Kendal College
Follow
Hello! I'm Rebecca, and I am currently an Animal Management lecturer at Kendal College in Cumbria, UK. I decided to join MSc Primate Conservation after being inspired during my BSc in Animal Conservation Science. I found a book called "Gorillas in the Mist" and I had a lightbulb moment - primates! I had found my niche. This was confirmed later when I travelled to The Gambia to census the critically endangered Procolobus badius temmincki, during my thesis studying the Callithrix jacchus, and travelling to India to work in a rehabilitation centre for grey langurs and macaques.  I absolutely loved the MSc. It broadened my knowledge, increased my opportunities and really kickstarted my professional career. The lecturers are some of the best the field and it was a privilege to be brushing shoulders with such hard-working academics on a daily basis. I conducted my MSc thesis research at Blackpool Zoo, focusing on Gorilla gorilla gorilla social relationships and enclosure use. The chance to work with this charismatic species was a dream come true! The research has helped the zoo redevelop their gorilla enclosure, using my data to make informed decisions. Since completing my MSc, I am now professionally a college lecturer. I am also working with colleagues to develop an FdSc with a focus on conservation (naturally with primatology units thrown in!). I love teaching and inspiring the next wave of academics and animal professionals.  I am also very happy to be part of a fledgeling, yet crucial organisation: Mountain Marmosets Conservation Program. As part of the Core Operation and Development Team, I am responsible for applying for grants, coordinating a team of students to develop a workshop planning meeting, and researching anything and everything about marmosets! This wonderful program is aiming to help develop an Action Plan to help save the endangered marmoset species' Callithrix aurita and Callithrix flaviceps. I hope to become even more involved with the program as we progress. Finally, I hope to progress onto a PhD within the next five years, developing my expertise and skills in primate conservation. Stay tuned for more primate related content! 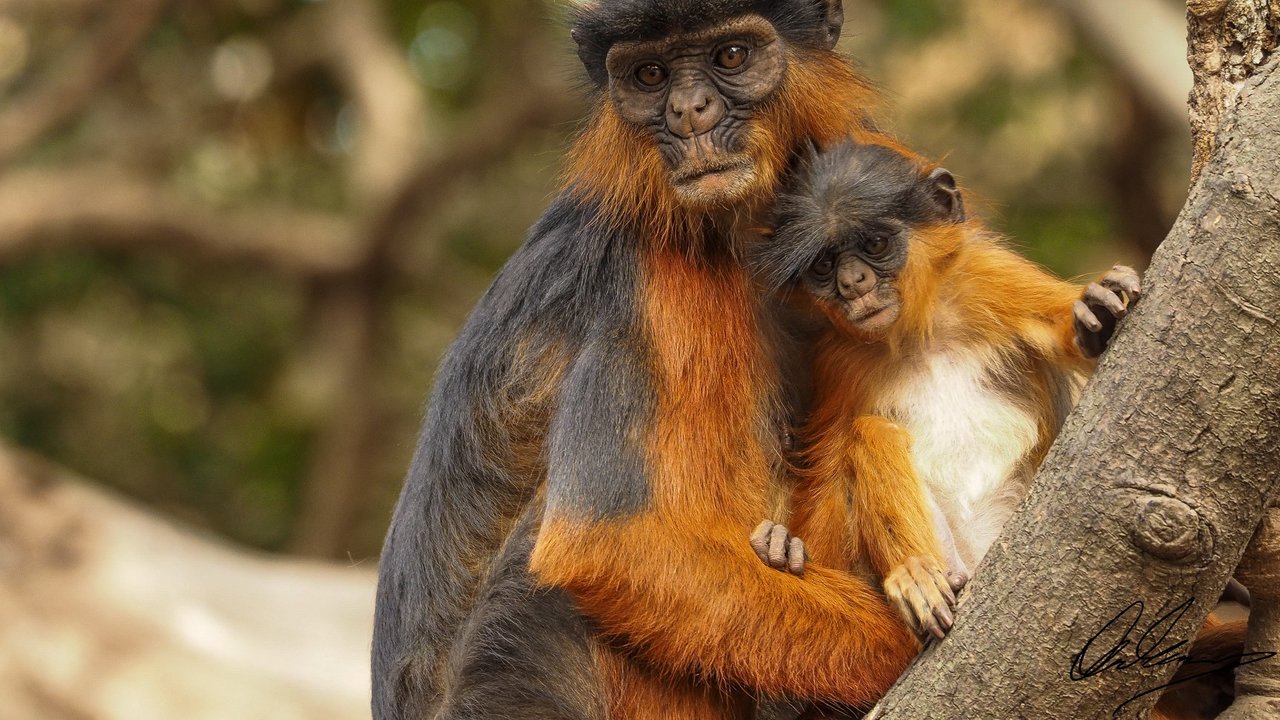 Project Wild Gambia (PWG) is offering an opportunity for people to help them monitor and study primate populations in The Gambia, West Africa.  The trip will last for 2 weeks and includes visits to all of the key conservation sites and habitats found in that hugely diverse country...