Perspectives and experiences of snake conservation– an interview with Romulus Whitaker, By Ussi Abuu, WildHub core community member
Ussi Abuu Mnamengi and Romulus Whitaker
2 contributors
Like Liked by Thirza Loffeld and 5 others
4

We use creative problem solving approaches to generate new ideas, find fresh perspectives, and evaluate and produce effective solutions. According to Wikipedia Herpetology is the branch of zoology concerned with the study of amphibians (including frogs, toads, salamanders, newts, and caecilians (gymnophiona)) and reptiles (including snakes, lizards, amphisbaenids, turtles, terrapins, tortoises, crocodilians. I recently asked Romulus to share some of his insights and experiences about of snake conservation for really wildlife sustainability.

Ussi:👨🏻‍💻
1. Romulus, Can you introduce yourself?
Romulus: I'm an American born citizen of India which has been my home since 1951 when I came, as a lad, with my mother and Indian step-father. I call myself a field herpetologist since I never did any academics and I've always been self-employed. With colleagues, and family members I started several NGOs in India over the past half century, all of which are still active and include the Chennai Snake Park, Madras Crocodile Bank/Centre for Herpetology, Andaman and Nicobar Islands Environmental Team, Agumbe Rainforest Research Station, Irula Snake-catchers Cooperative, Irula Tribal Women's Welfare Society, and Gharial Ecology Project. I've also been a film-maker and produced and presented over 30 films about wildlife for Nat Geo, BBC and other channels.

Ussi:👨🏻‍💻
Let's talk a little bit about snake conservation.
1.1. What inspired you to become an environmentalist?
Romulus: Since my earliest memory I've always been fascinated by snakes and I felt that of all the creatures on earth they have the roughest time being very low on the popularity scale. I guess that's what inspired me to defend them and in that way I become an environmentalist.

Ussi:👨🏻‍💻
1.2. How can snakes adapt to their environment?
Romulus: Snakes are a natural part of life on earth and are almost everywhere, aside from Ireland, New Zealand, the Antarctic, and some small islands. Over 3000 species of snakes share our planet and luckily most are non-venomous and all are deathly afraid of dangerous humans. Nevertheless, over 50,000 rural men, women and children die from snakebite each year in India alone. And we say we like snakes?? To answer that, over the past years we've been carrying out a "Snake Conservation and Snakebite Mitigation Project", a lot of which involves education programmes in rural India. Check out our short videos which we dub in all regional languages:

Ussi:👨🏻‍💻
1.3. What is the difference between poison and venom?
Romulus: Poison is a toxin that may be ingested or inhaled as in plants, whereas venom is a toxin that is injected, as by wasps, scorpions or venomous snakes

Ussi:👨🏻‍💻
1.4. What would happen if snakes went extinct?
Romulus: Well, for one thing, we'd be overrun with rodents, the favourite food of many species of snakes.

Ussi:👨🏻‍💻
1.5. How can we protect our snakes?
Romulus: The best way to protect snakes is to educate people about the different species of snakes, which are the venomous ones how to avoid them, what to do if bitten, and the beauty of snakes and value in our world as rodent controllers

Ussi:👨🏻‍💻
Let’s talk a little bit more about your involvement with WildHub.
2.1. How did you hear about WildHub and why did you join?
Romulus: In 2005 I won an award from the Whitley Fund for Nature to start my NGO the Agumbe Rainforest Research Station, and have been involved with this wonderful group, now referred to as a "family" ever since then. I heard about WildHub when it started up and immediately knew I wanted to keep up to date with the latest conservation initiatives and get to know the people who are the dynamic change-makers in this exciting field.

Ussi:👨🏻‍💻
2.2. For someone that wants to be a leader in conservation, what are the top 3 lessons you can share with us?
Romulus:👇

Ussi:👨🏻‍💻
2.3. Is there something that would make WildHub even better for you or people you know?
Romulus: WildHub still needs much wider exposure, including in vernacular languages, to get the often marginalized, frontline conservationists on board. The remote corners of the world are where we still have some of our best biodiversity. The people who live there need to know there is a caring group of people out here.

Ussi:👨🏻‍💻
I would love to hear more about how you came to be an expert in species management.
Romulus: To me the word "management" has always been as important as "conservation". I worked as a consultant in Papua New Guinea, West Papua (Indonesia), Mozambique, Ethiopia and Bangladesh to help establish and operate projects for the sustainable use of the wild crocodile resource for the benefit of local people. Similarly, when the wasteful snakeskin industry was banned, I helped set up a self-help project for the Irula snake-hunting tribals here in South India to extract and sell snake venom for the production of life-saving antivenom, without killing the snakes. I still strongly believe in sustainable use of wildlife, though it is a very controversial and much debated subject.

Ussi:👨🏻‍💻
3.1. How does your work impact other people in conservation?
Romulus: Probably the biggest impact my work has had is to encourage young people to join our organizations, learn about the problems and possible solutions to the crises facing wild places and wild species and get out there and do something about it. I don't know how many of these interns or students of mine have "graduated" from our NGOs and gone on to do wonderful work in conservation, but it's surely in the dozens.

Ussi:👨🏻‍💻
3.2. What's the biggest challenge in your area of conservation?
Romulus: The biggest challenge in India is government apathy to the really big conservation problems. They say they are cleaning India's rivers, but the reality is that we have some of the most polluted "sacred" rivers in the world which are rapidly drying up thanks to dams, diversions and feeble-minded "inter-linking" mega-projects. They say the tree cover is increasing yet it's mostly biodiverse-useless monoculture. And the list goes on.

Ussi:👨🏻‍💻
As we wrap up our conversation today,
3.3. Is there anything else you would like to share with our WildHub members?
Romulus: I would like to express my thanks and appreciation for the energy and enlightenment that emanates from the WildHub team and the exciting growing membership from all corners of the Planet. I can't imagine doing anything else than what we all are doing and despite all the pitfalls we all have to admit we are having a wonderful time doing what we do!

Ussi:👨🏻‍💻
Thanks Romulus for sharing your insights and wisdom with our WildHub members and many others around the world, I particularly like your perspective or insights on the life of a herpetologist during snake conservation and environmental sustainability.

A big thank you to both Ussi and Romulus for this wonderful interview! Romulus, thank you for sharing your insights with our community and for your positive feedback on WildHub - lovely to read. Ussi, as our Conservation Catalyst, you again did a marvellous job catalysing the sharing of our members' lessons learned in their respective field. Your collaboration translates into an interesting read!

Thanks Thirza, your wisdom is a gift I will always treasure.

Thank you so much @Carolyn Rosevelt (she/her) 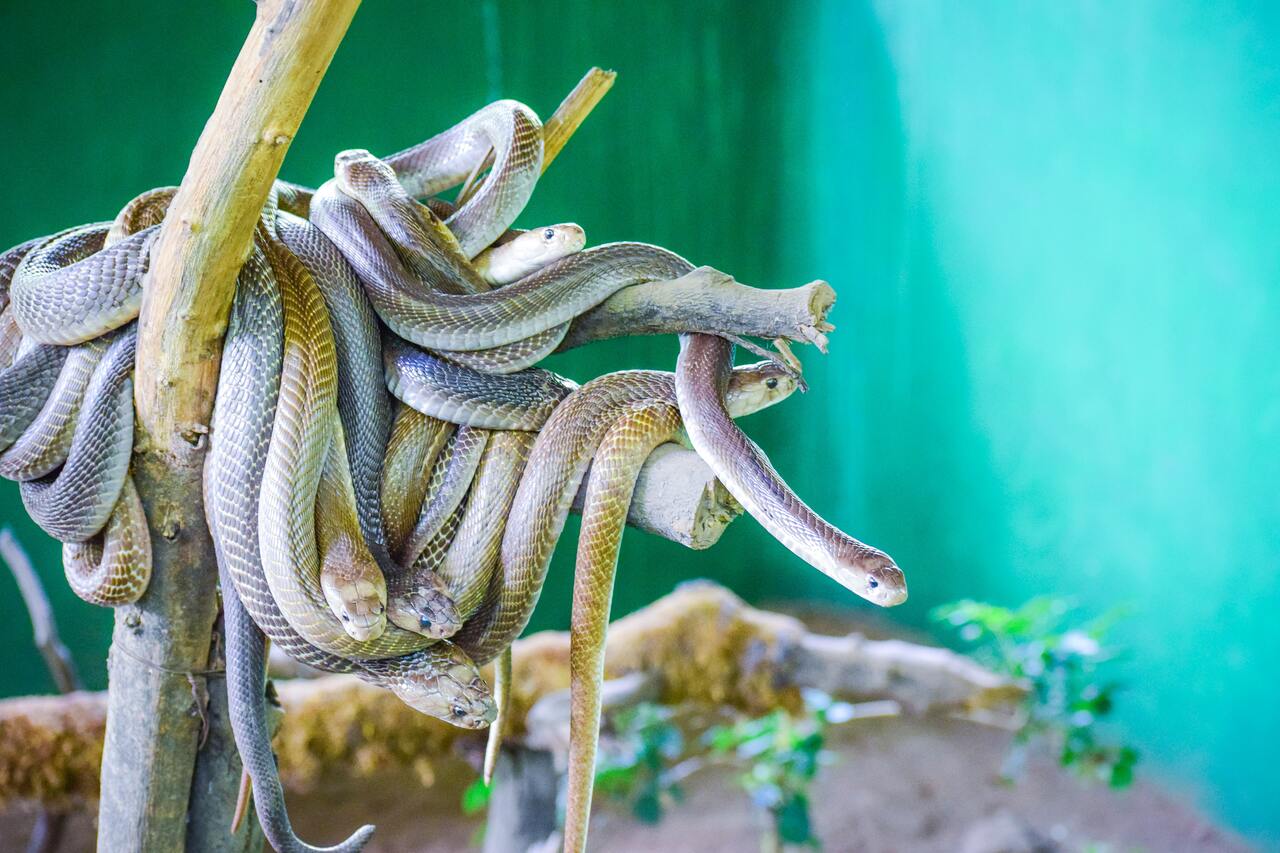