Towards an Agreement with a women´s spirit to defend territories of life, nature and human rights
Ana Di Pangracio
Deputy Director and Biodiversity Coordinator, Fundación Ambiente y Recursos Naturales (FARN)
Follow
Like Liked by Thirza Loffeld and 1 other

The Escazú Agreement develops the Principle 10 of the 1992 Rio Declaration on Environment and Development in Latin America and the Caribbean. It is the first regional environmental agreement of the region. But it is also a human rights treaty. It represents the greatest advance in multilateralism and environmental democracy in recent decades. There are many opportunities that arise from the Escazú Agreement to help ensure rights-based approaches to conservation, and a fair world that values and conserves nature. This treaty also bears the name of environmental defenders. It is impossible to protect the environment without protecting those who defend it. It needs, however, to strengthen its gender previsions with decisions that ensure a gender responsive implementation.

Back in 1992, the international community met in Rio de Janeiro for the United Nations Conference on Environment and Development, also know as “Earth Summit”. Nations adopted the Rio Declaration on Environment and Development stating a series of Principles towards respecting the interests of all and protect the integrity of the global environmental and developmental system. Principle 10 states that “environmental issues are best handled with participation of all concerned citizens, at the relevant level. At the national level, each individual shall have appropriate access to information concerning the environment that is held by public authorities, including information on hazardous materials and activities in their communities, and the opportunity to participate in decision-making processes. States shall facilitate and encourage public awareness and participation by making information widely available. Effective access to judicial and administrative proceedings, including redress and remedy, shall be provided.”

In 2012, at the United Nations Conference on Sustainable Development in Rio de Janeiro (Rio + 20), ten countries of Latin America and the Caribbean (LAC) expressed the need to move forward in an agreement on Principle 10 for the region. After four preparatory meetings and nine meetings of the Negotiating Committee, the Regional Agreement on Access to Information, Public Participation and Access to Justice in Environmental Affairs (Escazú Agreement) was adopted on March 4, 2018 in Escazú, Costa Rica. As of today, 24 countries have signed it, and 12 have ratified it. It entered into force last April 22.

It is worth to highlight the broad participation of civil society, both in the gestation and in the negotiation of the text of the Escazú Agreement, which was due to a large extent thanks to the support of the Economic Commission for Latin America and the Caribbean (ECLAC) that as the technical secretariat allowed the gathering of governmental delegates, public sector, academy and expert and interested delegates who participated on an equal footing.

What are the main virtues of the Escazú Agreement?

The Escazú Agreement is the first regional agreement on human rights and the environment signed by the countries of LAC, and represents the greatest advance in multilateralism and environmental democracy in recent decades. It is a binding instrument, meaning that it is mandatory for those countries that adopt it fully, and without admitting any possibility of reservation to any of its contents.

It is an agreement based on the strengthening of three rights that are substantial for the consolidation of just, equitable and sustainable societies such as access to public information, citizen participation and access to justice in environmental matters. Several countries in LAC have serious difficulties in consolidating environmental issues as a State policy, which is evidenced in the difficulties in accessing reliable, sufficient and timely information, and an effective participation in decision-making processes. Many have not yet developed legislation on the matter or, if they have robust regulatory frameworks, challenges to ensure their effective compliance are faced.

Escazú also creates common protection standards both to guarantee rights and for their implementation throughout the region, in order to be applied equally in all countries. It is an agreement based on a fundamental premise that is to “leave no one behind” as the guide according to the 2030 Agenda for Sustainable Development. Therefore, its main focus is to protect and safeguard the rights of vulnerable groups, overcoming existing barriers to the exercise the rights of access, and that it be in conditions of equality.

Conservation with a rights-based approach

There are many opportunities that arise from the Escazú Agreement to help ensure rights-based approaches to conservation, sustainable governance of natural resources, and a fair world that values and conserves nature. Sustainable human development, where nature is cared for and valued, contributes to the full exercise of social, economic, civil, political and cultural rights. The conservation of nature contributes to the realization of the rights to life, health, land, housing, food, water and non-discrimination.

While the realization of human rights favours a more successful conservation, the lack of compliance of those, on the contrary, can undermine the conservation results. There are numerous reports that have highlighted the interrelation between conservation and human rights. Particularly noteworthy is the work of the former United Nations Special Rapporteur on Human Rights and the Environment, Professor John Knox.

There is a strong criminalization of protest, risk of life, mafias that appropriate territories and affect biodiversity, hand in hand with an extractivism that deepens every day in LAC. Harassment and attacks on the lives of people who defend nature and human rights is highly worrying. According to data from the organization Global Witness, over 200 defenders of the environment and territories have been killed in 2019. Over two-thirds of killings took place in Latin America, which has consistently ranked the worst-affected region since Global Witness began to publish data in 2012. The adoption and implementation of the Escazú Agreement obliges States Parties to protect and promote the rights of human rights defenders in environmental matters; and to prevent, investigate and punish attacks, threats, intimidations they might suffer. This agreement bears the name of environmental defenders. It is impossible to protect the environment without protecting those who defend it.

The Escazú Agreement is definitely a fundamental pillar to strengthen environmental governance in LAC. It reflects the ambition, priorities and particularities of the region. However, its gender previsions could have been more robust. In this sense, it needs to be reread from a gender perspective in order to make decisions that contribute to the progressiveness of women's access rights, with an intercultural and intergenerational approach; as well as protect them as defenders (women are often on the frontline of environmental demands). This is an aspect that, together with two Latin American colleagues, I address in this column welcoming the entry into force of the Escazú Agreement. ¡Viva Escazú!

Lara Reden
over 1 year ago

Ana, thanks for sharing! I noticed that your piece isn't currently attached to any rooms or channels; have you considered sharing your post in the Capacity Development channel?

"Reading the Escazú Agreement from a gender perspective: challenges and opportunities"

"In the name of lithium" 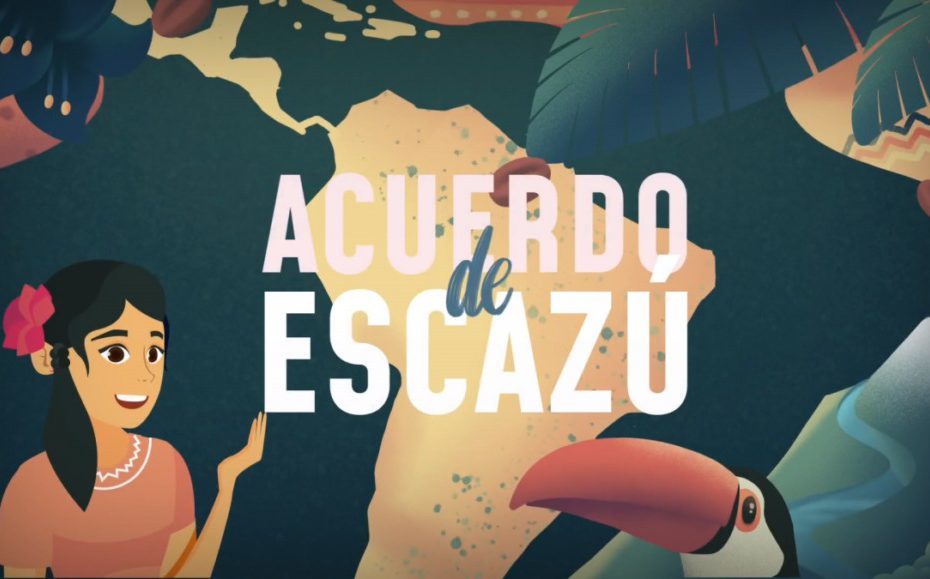 Towards an Agreement with a women´s spirit to defend territories of life, nature and human rights