Ask for help
Our community, Collaborate and help others

Reza, one of our team member is explaining about our project to develop an affordable GPS Logger to help monitor the released eagles. You can support us directly by donating through the link below, or share this information to your friends and colleagues who may be able to help us, thank you!
Irhamna Putri
Advisor, Wildlife Rescue Centre Jogja
Follow

At least 5 Changeable hawk-eagles (CHE) come to rehabilitation centre annually. Despite this, the annual release rate is low due to lacking of information of its release success. GPS logger is an excellent but expensive monitoring tool that most conservationist from Indonesia cannot afford. We...

About This Project
At least 5 Changeable hawk-eagles (CHE) come to rehabilitation centre annually. Despite this, the annual release rate is low due to lacking of information of its release success. GPS logger is an excellent but expensive monitoring tool that most conservationist from Indonesia cannot afford. We propose to design an affordable GPS data logger that costs less than US$500 to increase effectiveness in measuring the success of CHE release and to foster more raptor ecology research in Indonesia.

What is the context of this research?
GPS data logger is an active wild animal esp. bird post-release monitoring tool.It is popular because it can record the movement and give information about the animals' survival and ecological features in the wild. However, current GPS data logger costs up to $2000 each, which is too expensive for researcher and conservationist in developing countries like Indonesia. Due to the expensive and unrealistic price, so far we can only apply the passive post-release monitoring method for bird using wing-marker that is observed by several bird-watchers deployed in several monitoring points. Such a method is labour extensive, yet producing an inaccurate result. This project enables an effective, easier way to measure the success of raptor rehabilitation and release programs.

What is the significance of this project?
There is no wildlife conservationist in Southeast Asia, specifically Indonesia, ever try to design affordable GPS data loggers. Moreover, eagles are the most often smuggled raptor species in Indonesia, thus many of them are live, cared in rehabilitation facilities, queuing to be rehabilitated then released back to the wild. This project will provide opportunity to bring the active yet affordable post-release monitoring method into reality, hence increasing the effectiveness and accuracy in measuring the success of rehabilitation and reintroduction programs of raptor in general and eagle specifically.

What are the goals of the project?
Our goal is to design the GPS data loggers with affordable and realistic price (less than US$500) for researcher and conservationist specifically work for bird rehabilitation and release with the requirements: weight less than 5% of the object, rechargeable battery, able to transmit the data from ground station using satelite signal from a certain distance using GPRS. In practice, the device will transmit the coordinates as texts and send them via SMS to the receiver.

We will initially test the device to Changeable hawk-eagles, the medium-size eagle weighs approximately 1-2 kg. If the device works well, we will continue to apply the device to other medium and big-size raptors like Crested Serpent eagles and Sea eagles that are also commonly traded and rehabilitated here in Indonesia.

What motivates us to create this project?
Our rehabilitation centre has released many raptors like eagles and buzzards. Usually , a conventional post-release monitoring method is applied. Conventional means using the passive monitoring tools such as wing marker, bird-ring, and bleaching that are later observed by the bird-watchers who were deployed in several monitoring posts.

At least post-release monitoring is done for 2-week. Bird-watchers were deployed in the high-altitude locations with a wide viewing range but still within the birds' home range. This method relies on the encounter with the released birds. However, there were still times where we could not locate the released birds at all during the whole 2-week period. That is normal though, because birds can fly far and high, passing the steep terrains which we cannot reach. As a result, we cannot fully ensure the birds' condition after release, despite all efforts that have been put into.

We have ever tried using GPS logger once on the dark morph Changeable hawk-eagle. We were lucky to have someone lent that device to us for once. Although the release was unsuccessful due to the eagle found dead, the overall monitoring result was excellent that we could know precisely the eagle's location and condition, whether she alive or dead. Unfortunately, we cannot continue using this device again because it's very expensive and we cannot afford it.

That is the reason why we really want to design, create the better post-release monitoring method for raptor using the versatile GPS technology which is more affordable but still can provide clear information about the released birds' whereabouts.

Selamat malam Irhamna, thank you for sharing about your inspiring project! I have added your message to the "Our community" channel and the "Collaborate and help others" room so that members who have opted in for this channel and room will be notified of your appeal by email. I have furthermore added some information from your fundraising website to your post to give a bit more background information, I hope that's alright. You can always edit your post by clicking on the 'edit' button below the header. I will promote your project by including your post in our WildHub Highlights newsletter next week. Hope your project will go well & salam dari Inggris, Thirza

Nicola Williamson
over 1 year ago

I am currently volunteering at FNPF Bali Wildlife Rescue Centre.  Your project sounds really interesting and I would love to visit your rescue centre one day.  I will look into your project and see if I can help. I have alot to learn about Indonesian wildlife and the rehabilitation of these animals back into the wild but i hope one day to see them free again.

Indian Customs: The Guardian of Wildlife Frontiers of India 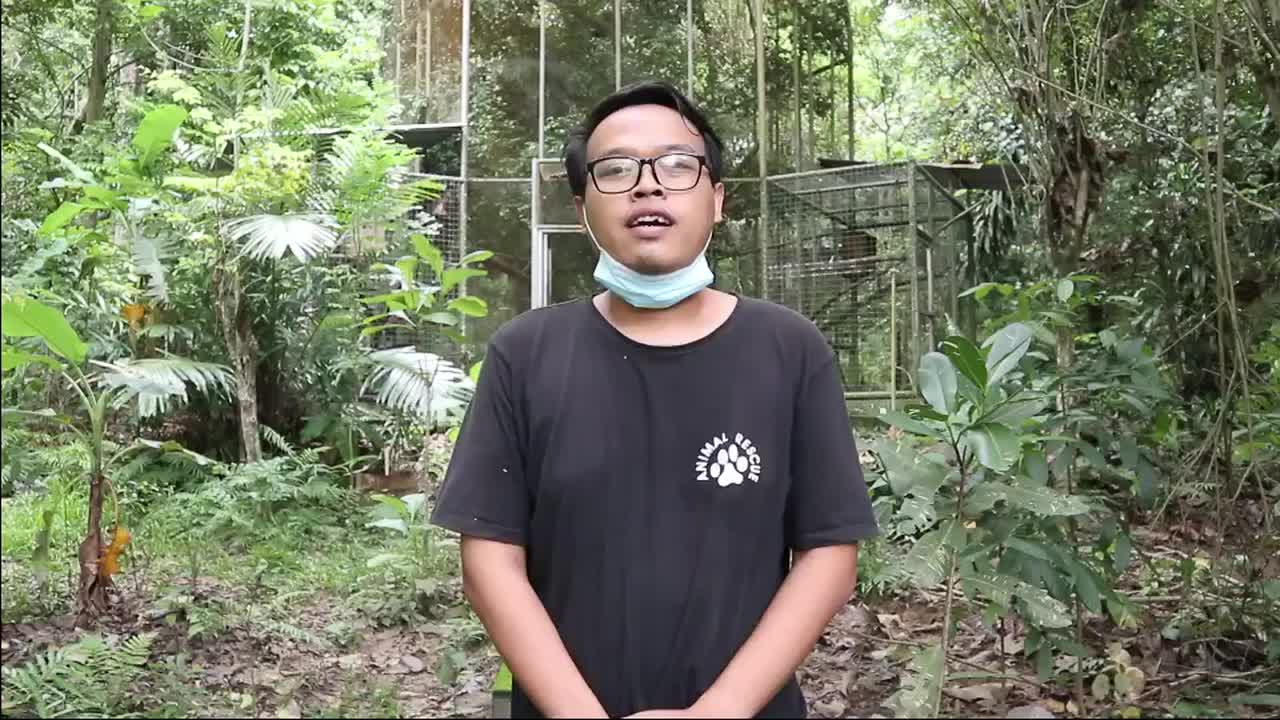 Reza, one of our team member is explaining about our project to develop an affordable GPS Logger to help monitor the released eagles. You can support us directly by donating through the link below, or share this information to your friends and colleagues who may be able to help us, thank you!