A seed was planted. A community was built. A conversation was changed. 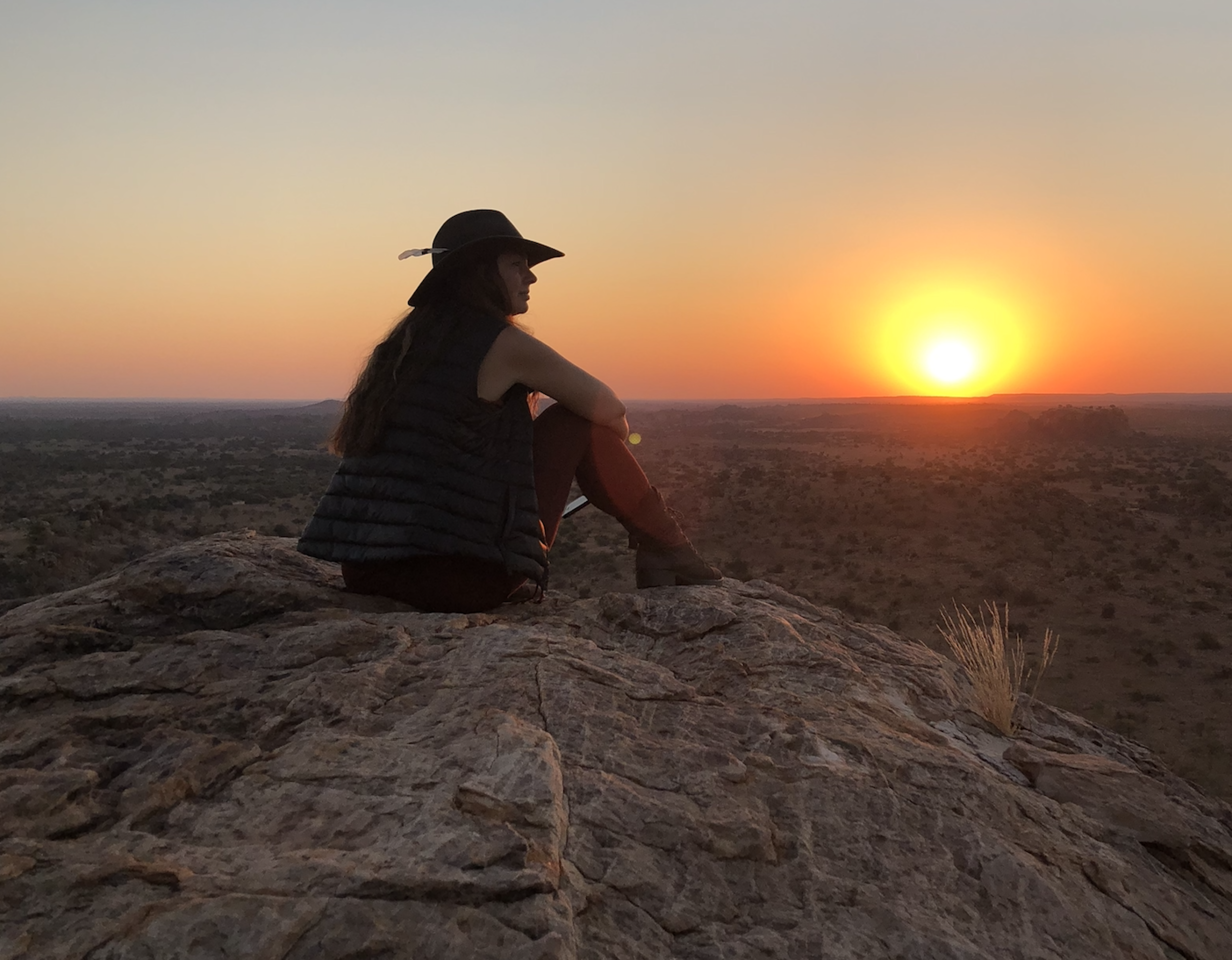 Liked by Thirza Loffeld and 2 others
2

We all have those lightening strike moments in life that seem to come out of nowhere and stop us in our tracks. We can’t plan it, and hopefully we don’t ignore it. The only option is listen, to step up and to be open to the shift it might ignite. For me, that moment occurred on a random afternoon while crossing the street in the picturesque town of Salamanca, Spain.

I was in the midst of the World Wilderness Congress, a massive event hosted by the WILD Foundation that unites the most extraordinary leaders and visionaries from across the globe — a chief from the Amazon, aboriginal leaders from Australia, wildlife researchers from South Africa, and endless others. I witnessed the pure magic that happens in togetherness and community. When you gather wisdom from mind-blowing change makers in science, art, media, story telling, indigenous leadership, government and youth activism, it is safe to say that you may never view conservation in the same light again. 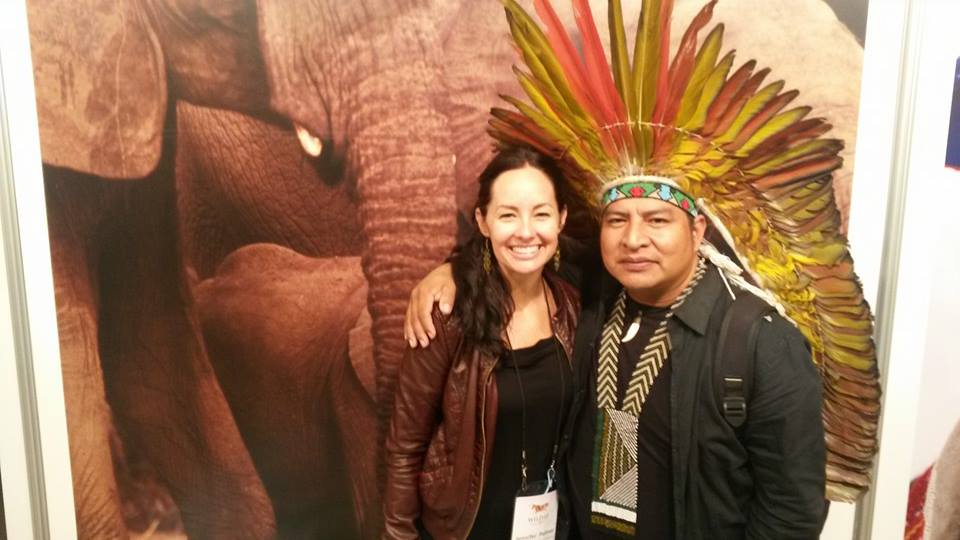 It is one thing to meet our heroes or heroines, but it is another to establish cherished friendships with them and truly commit to being there for one another when our stories got rough or we needed to be brave. And yes, on a scale from one to 'off the charts' crazy, ALL of us in conservation have endured some insanely harsh stories in these recent years.  Yet, we have also been fiercely brave. We have created, triumphed, grown and thrived beyond our wildest dreams. Perhaps not in the ways we had once envisioned, nor on the timelines we had hoped. Nonetheless, wild dreams start with a simple seed and only grow when they are nurtured and believed in.

My little seedling of a dream was to connect, inspire and empower women and girls from around the world who were devoted to wildlife and conservation. I literally stopped in my steps on the cobblestones of Salamanca when the words “women for wildlife” zapped into my mind like a calling from the universe. In that moment, I knew the time had come. I couldn’t look back and I couldn’t hold onto some sort of illusion that maybe someone else would do it. I had to follow my heart, even if I had no idea what it would look like or where the journey would take me. Over the course of my 20+ year career, it was clear to me that what conservation truly needed was to uplift the voice and influence of women. 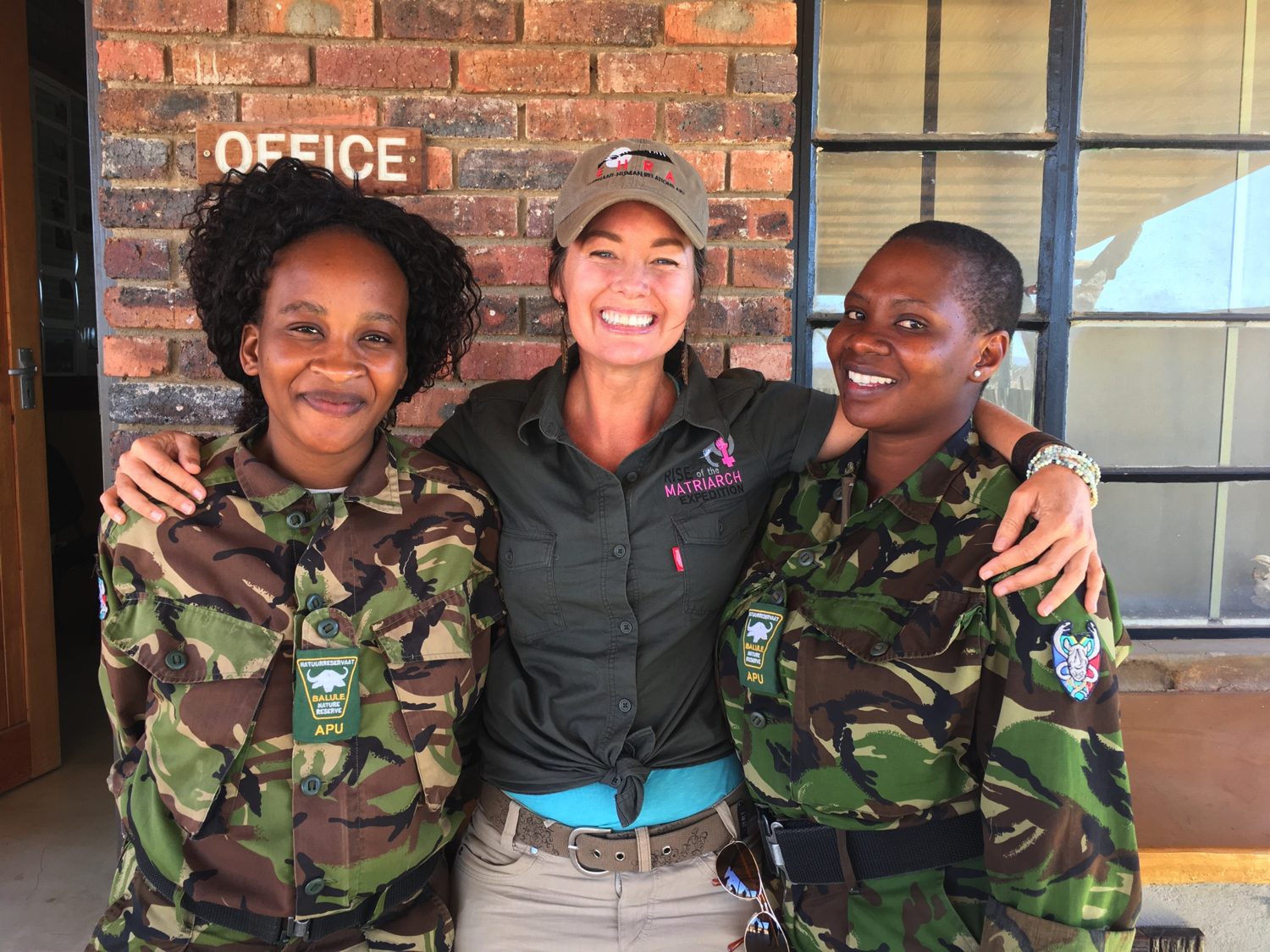 At the time, there were very few (if any) established groups or nonprofits devoted to the sole vision of supporting women in conservation. Yet, many women in our field expressed to me that they felt as if they operated in a silos and faced numerous challenges, mostly on their own. Equality in our field was, of course, something we knew needed more attention, but it was still a bit taboo as this was before the #metoo movement, women's marches and prior to concrete research, data, reports and testimonies to back us up.

Awareness around gender bias, sexual harassment, cultural barriers, pay inequality, lack of recognition, limited leadership opportunities, power plays, and even violence in the field was something whispered between my fellow women colleagues but not yet spoken about freely or loudly. There was a general sense that if we —as women—spoke up, we would lose our positions, careers, and the opportunity to thrive in a field we felt so deeply connected to.

Personally, on more than one occasion, although I endured many of the above I was advised to simply keep my mouth shut. Don’t be difficult, and whatever you do, don’t raise a ruckus if you want to remain in international conservation long term. After all, no one wants a 'trouble maker' so it is best to 'stay in your lane.' Early in my career, I privately testified in organization-wide investigations on discrimination, lost advancement positions to lesser qualified male colleagues, was sexually harassed by an academic professor in a remote research location, and was even asked by a board member if I planned to file a law suit after being unjustly dismissed. Yet, time and time again there were never repercussions to the ones responsible. I have held space for many women colleagues who have endured the same experience, some of them even opted to leave conservation forever.

Admittedly, I often felt alone, frustrated, small and powerless. I lost my voice for a while, my sense of self, and I lost my way. Yet, once this simple wild seed was planted, I vowed to do everything I could to make sure that the next generation of young women would never have to go it alone. Instead, we would face these things together. I vowed not to abandon my connection to wildlife and nature, but instead would devote myself to lifting up those whom I believed in the most. 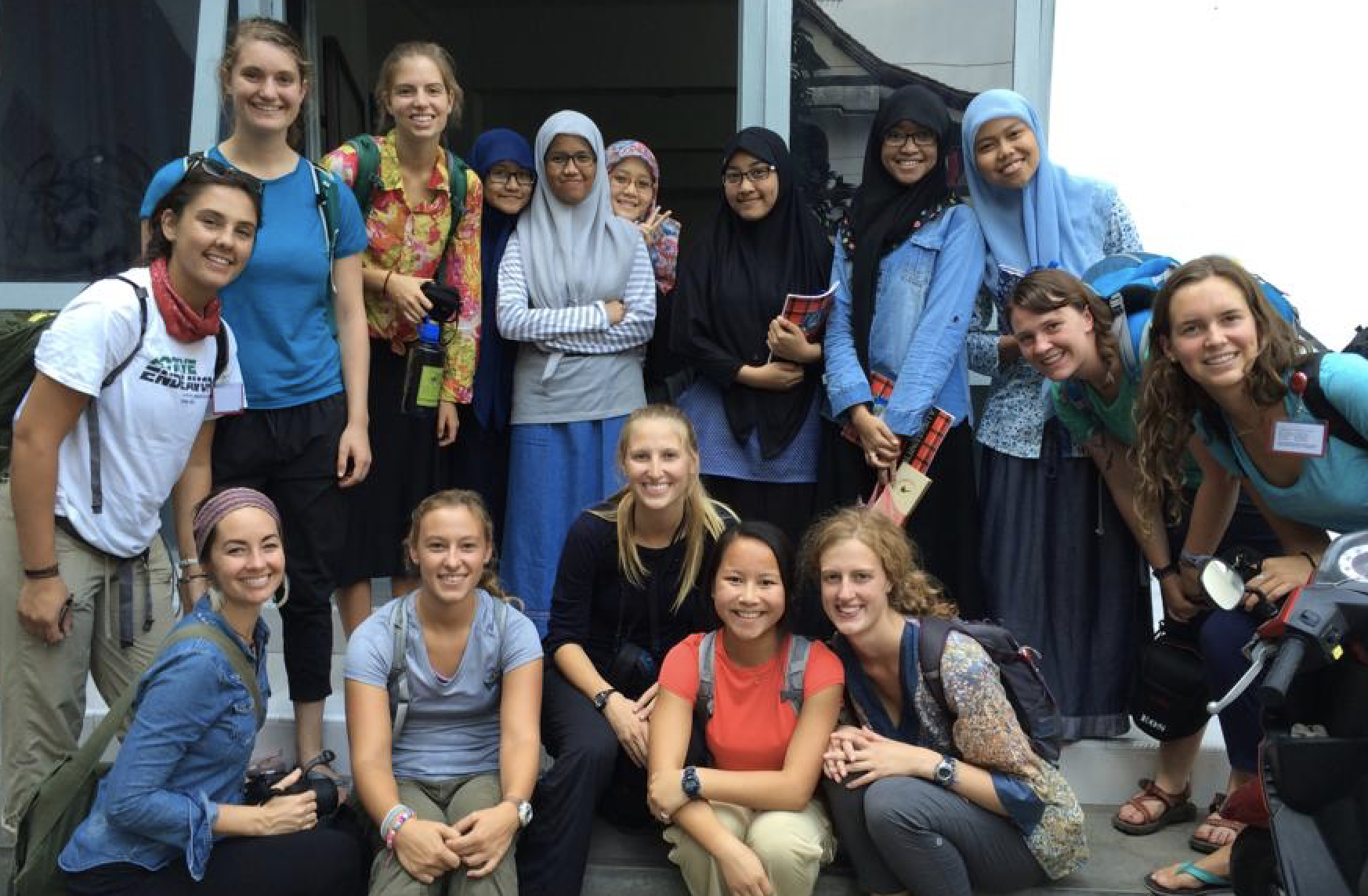 Fast-forward, it has now been five years since the official launch of Women for Wildlife. What I am most proud of is the strength and resiliency of all the women and girls in our community, as well as the engagement and support of the men who continue to show up to be our strongest allies. As more alliances are built, I have witnessed a surge in openness, accountability and solutions to the barriers we have faced for so long. Numerous new peer-to-peer women’s coalitions have popped up all over the world with the same concept of the power of togetherness and community. The progress has been beyond heartwarming and encouraging. Yes, we do still have a ways to go, there is no doubt about that. Yet, we have changed the conversation and created a movement.

As for lessons learnt over these past years, a few that hold true to my heart:
1) No dream is too wild and every seed deserves a chance to grow.
2) We may never know the impact we have on those around us, not only for today but for tomorrow and beyond.
3) Keep showing up for one another and pay it forward. Kindness is a superpower.
4) There is an immense amount of wisdom among our community, if we are open to asking for help and willing to receive it.
5) We have no time for egos and no time to knock one another down.

The only way we will shift and heal our global connection to nature, and the protection of it, is if we accept our humbleness, admit our vulnerability, face our fears and be bold enough to believe in our wild dreams. Please, plant your seed, you don't have to water it alone.

And never forget the power of togetherness.

About the Author
Jennifer Palmer is an impassioned wildlife biologist, inspirational speaker and intrepid lover of nature. She aims to create a paradigm shift in how we connect to nature and co-exist in harmony. As founder of Women for Wildlife and JenPalmerGlobal, she leads global initiatives to promote wildlife conservation, mindful travel, and the empowerment of women and communities.

Jennifer Palmer
Founder, Women for Wildlife
Follow
Jennifer Palmer is an impassioned environmental entrepreneur, wildlife biologist, global educator, public speaker, and intrepid lover of nature. She explores the world to find creative solutions to our most pressing conservation conundrums and aims to create a paradigm shift in how we connect to nature and co-exist in harmony. Her work has led her to become a trusted advisor to nonprofits, governments, academic institutions, foundations, film producers and business leaders around the world. As founder of Women for Wildlife, she has inspired an international movement to conserve wildlife, unite women and empower communities. Jennifer's career reflects a unique blend of international travel and wildlife conservation/research in over 45 countries, including regions such as SE Asia, the South Pacific, Africa, the Middle East, Latin America, the Caribbean, Europe, and North America. Through her heartfelt connection to nature, she brings people together with compassion to make a difference in their world.

In an earlier article, What’s it All About? I discussed the importance of looking after our mental health, just as with our physical health, and the role of our emotions. Sometimes, the issues we are facing, such as with the climate emergency, we need some extra tactics. Here’s what I find useful.

Olivier Chassot
about 1 year ago

Thank you, Jennifer, for sharing such a strong and wonderful lifetime experience with us. From my personal perspective, men have an extraordinary opportunity to bring the necessary changes in our society in general, and especially in our field, where inequalities and discriminations of all sorts still abound. Many of my female colleagues would be thrilled to know more about Women for Wildlife, please let us know how we all may contribute to spread the word. In the meantime, keep up the outstanding work!

Jennifer Palmer
about 1 year ago

Thank you for your kind words and support, Olivier! I couldn't agree with you more. Please share our website and social media platforms with your female and male colleagues as I believe this is truly about lifting one another up and bringing our collective strengths to the table. I'm also available for zoom calls or virtual speaking engagements, as well as coaching and consulting! Wishing you the best of luck in your work and once again, thank you for taking the time to read the article and share your own reflections!

A seed was planted. A community was built. A conversation was changed.